Bankruptcy judge should have recused because of fiance's job offer, federal court says 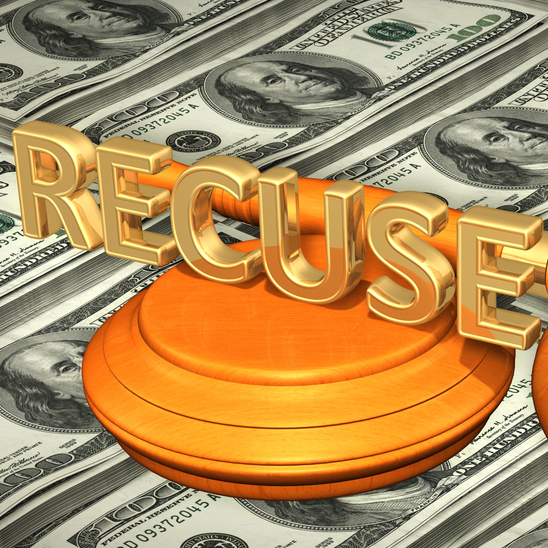 U.S. Bankruptcy Judge John Olson of Fort Lauderdale, Florida, should have recused himself in a dispute over a lien because of his fiance’s job offer with a law firm in the litigation, according to a decision by a federal judge.

Olson’s fiance, lawyer George Fender, accepted a job with Ruden McClosky in the summer of 2009 when Olson was considering motions for summary judgment in the bankruptcy case of a warehouse operator, according to the Sept. 9 decision by U.S. District Judge Federico Moreno. Law360 has coverage.

Ruden McClosky represented the bankruptcy trustee opposing assertion of a lien on assets of the warehouse operator. Fender’s new job was in a small bankruptcy practice group led by the lawyer representing the trustee. A November 2010 wedding announcement in the New York Times identified Fender as of counsel at the law firm.

Moreno said Olson abused his discretion by failing to recuse as soon as Ruden McClosky contacted Fender and began employment negotiations with him. Moreno vacated Olson’s summary judgment decision in the case and remanded for new proceedings that also address whether Ruden McClosky was entitled to fees.

Olson has been in the news in the past. According to an April news story, he has ordered the detention of at least 10 people, including two lawyers. Olson has also sanctioned several lawyers by ordering them to pay fees or banning them from practice in bankruptcy court.

Moreno’s decision traced the history of the case involving Olson’s failure to recuse.

The bankruptcy trustee, represented by Ruden McClosky, had claimed the company asserting the lien, X Co. Finance, violated an automatic stay under bankruptcy law when it sent a demand letter asserting a right to collect receivables of $231,000. Olson granted the trustee’s request for a temporary restraining order to prevent X Co. Finance from collecting money outside the context of bankruptcy proceedings.

Olson dissolved the TRO after X Co. Finance said it would take no action to collect outside of the bankruptcy court.

The trustee sought summary judgment in the summer of 2009. Olson ruled against X Co. Finance and held that its demand letter asserting the lien violated the automatic stay, though it wasn’t requested in the trustee’s motion for summary judgment. Olson said he would award fees and costs to Ruden McClosky as a result of the stay violation.

X Co. Finance sought Olson’s recusal in August 2010 when it learned Fender had been contacted by and offered a job at Ruden McClosky the previous year.

Olson “vehemently denied” the recusal motion in a nine-page order, reasoning that Fender was a salaried employee rather than a partner at Ruden McClosky, and did not have any interest in the outcome of the proceeding, according to Moreno’s opinion.

X Co. Finance appealed. Olson recused himself after Moreno suggested an appearance of impropriety during a status conference. The case was ultimately assigned to a new bankruptcy judge who ruled he wasn’t a court of appeal and would not vacate Olson’s prior rulings. The lienholder again filed an appeal that reached Moreno.

The question, Moreno said, is whether Olson’s impartiality might reasonably be questioned. Moreno answered in the affirmative. “These facts create the inescapable and obvious appearance of impropriety,” he wrote.

Moreno said the case “comes amid a long history of concerns of favoritism in the bankruptcy bar.” In debate over the Bankruptcy Reform Act of 1978, Congress noted a close relationship between judges and the bankruptcy bar, especially the debtors’ and trustees’ bar, Moreno said.

“Here, the judge’s fiance didn’t join just any law firm,” Moreno said. “He joined the law firm representing the trustee—the same law firm that Judge Olson had himself approved earlier to represent the trustee in the main underlying proceeding.”

The case is Clark v. Kapila.