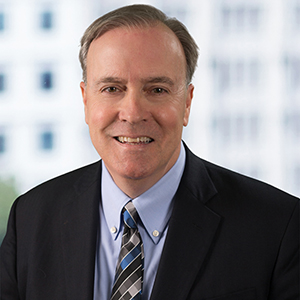 Baker McKenzie partner John Rowley says there was just one person who intervened when a group of teens attacked him on May 12 at a Metro station in Washington, D.C.

Rowley said he was on his way to meet friends for dinner when he got off the train Gallery Place-Chinatown station. A group of youths surrounded him, knocked him down and kicked him.

Miller said he realized that, if he didn’t do something, the attackers would keep kicking Rowley in the head or would throw him against the train. The attackers then came at Miller, who partially blocked one punch and took another.

“I sufficiently used my face to end it,” Miller joked.

Miller suffered a concussion, while Rowley’s hand was broken. Two juveniles have been arrested in the attack.

Rowley, a former federal prosecutor, says he is “trying to nudge” Miller in that career direction.

“The word hero is thrown around casually—sports heroes, all sorts of heroes,” said Rowley. “This guy is a hero.”