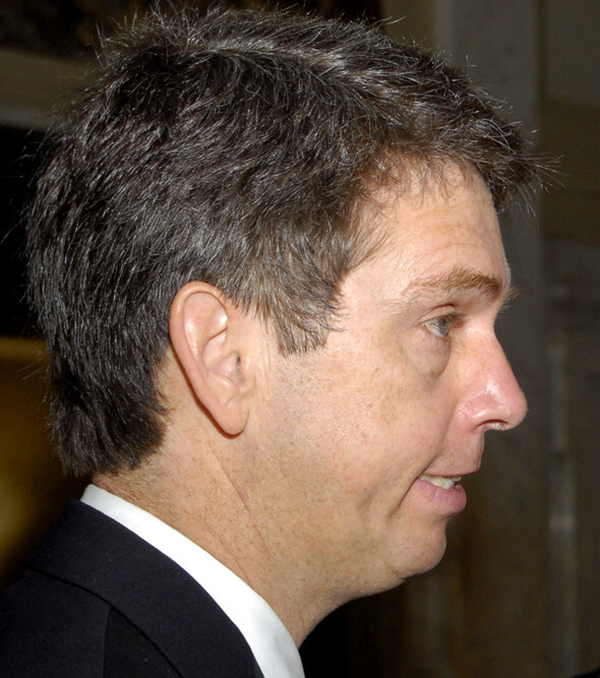 Oscar Stilley seen here in 2007, when he was still a practicing attorney. (AP Photo/Mike Wintroath)

A former lawyer who was convicted of tax fraud filed a bizarre lawsuit on Monday against the Texas doctor who admitted in a Washington Post op-ed that he had performed an illegal abortion.

Former lawyer Oscar Stilley, who is currently on home confinement in Arkansas following his 2010 conviction, told the Washington Post he believes the Texas law should be reviewed in court and he is not personally opposed to abortion.

“If the law is no good, why should we have to go through a long, drawn-out process to find out if it’s garbage?” he asked the Post. He also noted that successful plaintiffs can collect $10,000.

Stilley sued the doctor, Alan Braid, in Bexar County, Texas, court. His suit takes a dig at federal prosecutors who accused him of using a client trust account to help a client avoid income tax.

Stilley’s suit called the tax evasion and conspiracy charges against Stilley “utterly fraudulent” and said the accusations “repeatedly changed and morphed” to “support whatever new theory the government chose to espouse at a given time.”

According to an April 2010 Justice Department press release, Stilley aided a client who formed Bondage Breakers Ministry, which had the stated purpose of getting rid of the Internal Revenue Service. The client maintained that all funds he received were gifts to his ministry and he had no income.

Stilley and his client “allegedly used the IOLTA account and various other devices such as cashier’s checks, check cashing services, money orders, cash and other means to conceal Springer’s actual income,” the Justice Department said in the press release.

Stilley’s four-page lawsuit says he called Braid on Sept. 20 “to inquire whether or not defendant might repent of his ideology as well as his deeds, and agree never to perform another abortion contrary to the enactments of the Texas Legislature.” The suit says Stilley “wasn’t able to secure any such agreement despite respectful efforts.”

The suit cites “information and belief” that Braid “is kind and patient and helpful toward bastards, but ideologically opposed to forcing any woman to produce another bastard against her own free will.”

The suit goes on to cite information and belief that Braid “believes that his Elohim (‘mighty ones,’ AKA ‘God’ is entirely capable of giving a new body to replace a defective fetus, in the here and now, and not only ‘when you die bye and bye.’ “

Braid said in his op-ed that he understood there could be legal consequences to perform the abortion, “but I wanted to make sure that Texas didn’t get away with its bid to prevent this blatantly unconstitutional law from being tested.”

The U.S. Supreme Court refused to block the Texas law on Sept. 1, citing “complex” and “novel” procedural questions. Texas isn’t charged with enforcing the law, which blocks abortions after a heartbeat is detected, which usually occurs at about six weeks of pregnancy.

The provision switching enforcement to citizen plaintiffs appears to be intended to stop abortion providers from suing the state in federal court to block the law.

The U.S. Justice Department nonetheless sued Texas on Sept. 9 in a bid to block the law.