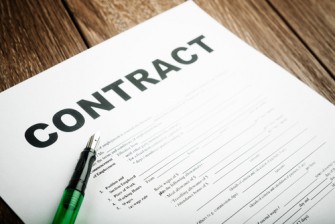 The partner, Dev Sen, testified that he signed a contract with an investigative firm in July 2017 to help Weinstein, a firm client, report Law.com, Bloomberg Law and Law360.

The investigative firm was Black Cube, and it is largely run by former officers of Mossad and other Israeli intelligence agencies.

Judge James Burke allowed the testimony but barred Sen from testifying about details of the contract. One detail banned from the trial concerned a $300,000 success fee to be paid for killing publication of any news story about Weinstein’s alleged sexual misconduct.

After Sen’s testimony, jurors were shown an email from Weinstein to a Black Cube official that included a list of names. “Red flags r the ones of interest,” Weinstein’s email said.

All of the names were redacted except for the highlighted name of Annabella Sciorra. The actress has already testified at Weinstein’s trial that the producer sexually assaulted her in the 1990s. Sciorra’s testimony was introduced to show an alleged pattern of misconduct by Weinstein.

According to a previous story in the New Yorker, one Black Cube investigator had posed as a journalist to find out which women were coming forward with information about Weinstein.

Sciorra had testified she was contacted by a man named Seth who claimed to be a journalist. Sciorra believed Seth was actually working for Weinstein, and she did not return his calls.

Outside court, a reporter asked Weinstein why he had hired Black Cube. “For days like this,” Weinstein said.