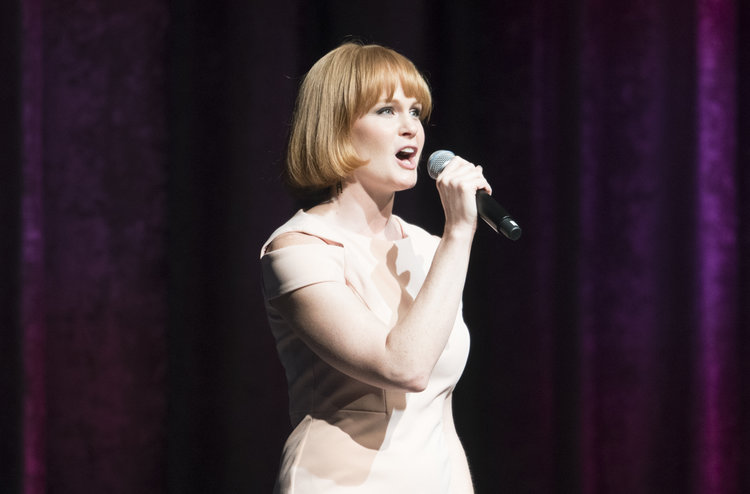 Broadway performers from War Paint, Hello Dolly and other productions voiced their support for the Legal Services Corp. on Friday by performing at a rally at the ABA Annual Meeting in New York City.

The event, titled “It’s Only Fair! An ABA Concert and Rally for the Legal Services Corp.,” was staged in an uncertain budget year for the LSC. President Donald Trump has proposed eliminating all funding for the agency, while House and Senate committees have recommended budget amounts below the LSC’s $527.8 million funding request for fiscal 2018.

The LSC is the single largest funder of civil legal aid programs in the United States. “This is no time to eliminate or even cut funding to the Legal Services Corp.,” ABA President Linda A. Klein said between the performers’ songs and speeches by LSC supporters. 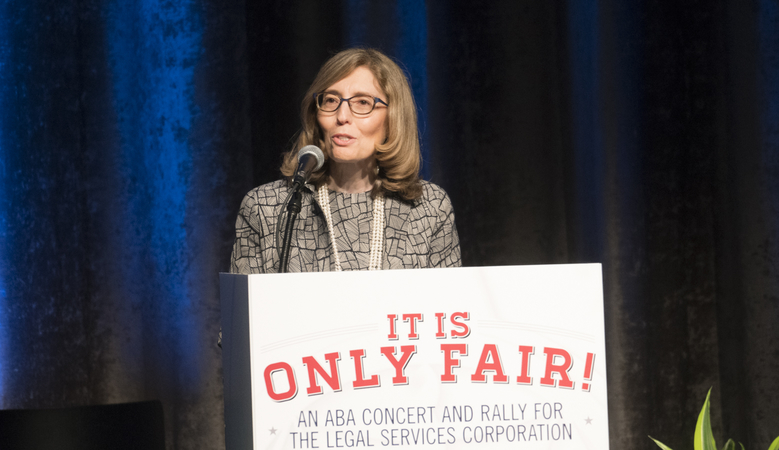 An ABA grassroots campaign has garnered more than 20,000 supporters whose message has been delivered to Congress, Klein said. It’s not too late for others to send their message through www.DefendLegalAid.org

The ABA was there for the birth of the LSC, and it was there in the 1980s and 1990s when policymakers threatened to eliminate funding. The ABA is making the case once again, Klein said, and this time it is armed with better information.

Talking points for those who are sending a message to their representatives include the following: Every year, the LSC provides legal aid for 1.9 million individuals and their families. Funding for the LSC only accounts for 0.0001 percent of the total federal budget.

The extent of the need was highlighted in a June report by the LSC. It found, in 2017, low-income Americans will approach LSC-funded legal aid organizations for help with an estimated 1.7 million problems. They will receive limited or no legal assistance for more than half of these issues because of a lack of resources. 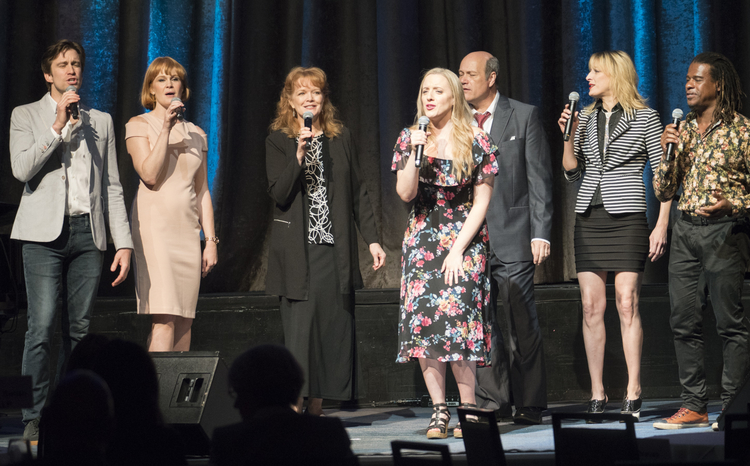