ABA Center for Human Rights is a living legacy of its founder, says 6th Circuit judge 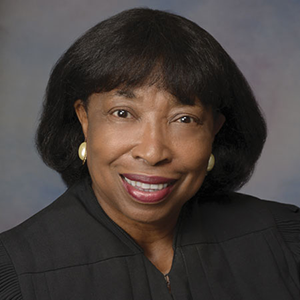 Judge Bernice Bouie Donald of the 6th U.S. Circuit Court of Appeals at Cincinnati is the chair of the ABA Center for Human Rights.

Willie Kimani was a Kenyan lawyer who was brutally murdered in 2016. At the time of his death, he was representing a victim of police misconduct and calling for an investigation into the implicated police officers. The evidence has since linked his murder to the police officers he had sought to hold accountable.

Kimani’s is one of countless such stories about the price lawyers can pay in the pursuit of justice. The American Bar Association Center for Human Rights continues to monitor the case to ensure justice for his murder. Indeed, the center was founded by an ABA president on that very notion, in keeping with his personal and professional commitment to human rights and a just rule of law.

His name was Jerry Shestack, a veteran of civil rights and human rights struggles, and an ABA legend. Among his earliest memories was the oft-repeated mantra that his grandfather, an Orthodox rabbi, cited from Deuteronomy: “Justice, justice shall you pursue.” He took it to heart.

As a young Navy sailor on shore leave in San Francisco at the end of World War II, he finagled his way into the United Nations Conference on International Organizations, where the U.N. Charter was being crafted in the collective hope of preventing a third global war and securing human rights. The vision inspired him. 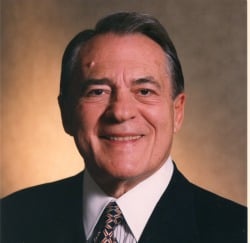 He later graduated from Harvard Law School and began practicing law in Philadelphia, where the great Bernard Segal would become a beloved mentor and encourage him to join the ABA. In 1963, the two men were among the ABA members answering President John F. Kennedy’s call to the legal profession to commit fully to the civil rights struggle. Within three years, they and others helped form the ABA Section of Individual Rights and Responsibilities (now the Section of Civil Rights and Social Justice), which Jerry would later chair. The section is widely and appropriately regarded as “the conscience of the ABA.”

Over the next two decades, Shestack would help further transform the ABA (both domestically and internationally) toward greater justice; serve as President Jimmy Carter’s U.N. Human Rights ambassador; and play a major role in establishing some of the great civil and human rights organizations thriving today.

In 1997, Jerry became ABA president and proposed, among other initiatives, the establishment of a Center for Human Rights, to ensure that the ABA remained focused on core human rights concerns at home and abroad. In 2001, the center was realized, and Jerry was appointed its founding chair. He would go on to receive the association’s highest honor, the ABA Medal, in 2006. Before his death in 2011, he would regard the center’s founding as another pivotal moment in the ABA’s quest of defending liberty and pursuing justice, a tag line that he inaugurated during his presidency.

I served on the ABA Board of Governors when Jerry first proposed the Center for Human Rights, and I remember vividly his passion for it. He made a compelling case, and I was proud then to support his vision. Today, I proudly serve as its chair and can attest to the clarity of Jerry’s foresight.

The ABA Center for Human Rights promotes and protects human rights worldwide: mobilizing lawyers to defend threatened advocates; rallying thought leaders to address vital issues; and holding abusive governments accountable under law. It has initiated ABA policy and through projects it has helped the ABA become a leading presence in the fields of international criminal justice, human trafficking, business and human rights, and support for human rights defenders.

The latter project, known as the Justice Defenders Program, is the center’s largest initiative and represents its core mission. Established in 2011 with a grant from the U.S. State Department’s Bureau of Democracy, Human Rights and Labor, the JD program employs a variety of public and private approaches to defending lawyers, journalists and advocates against governmental retribution for exposing and confronting human rights abuses—as Willie Kimani did—and holding governments accountable. Global in scope, the JD program to date has helped more than a thousand advocates in more than 60 countries, leveraging in the process the worth of more than $2 million in pro bono assistance.

Under the auspices of the JD program, I was proud to travel to Kenya to observe a portion of the Kimani trial, to witness the application of legal rules and procedures, and to witness the Kenyan lawyers’ facility in examining and cross-examining witnesses. The trial provided cause for modest optimism and raised concerns.

I also had the occasion to travel to Warsaw, Poland, to lend support to judges under attack. Demonstrating the ABA’s support for an independent judiciary constituted a powerful force in promoting the rule of law.

The center further was on hand to mark the 70th anniversary of the Nuremberg war crimes trials and to remind everyone of the world’s responsibility to protect human rights.

Meanwhile, the center’s broader work continues to grow, as well—and to attract major support. In the last year alone, the CHR has launched a multiyear initiative with the Clooney Foundation for Justice to expand and systematize trial monitoring globally; begun with funding from the Carnegie Corporation of New York, a comprehensive study of legal frameworks (actual and potential) to govern the use of proxy fighters in armed conflict, which can extend hostilities and increase atrocities against civilians; and received a six-figure private donation to establish its Health and Human Rights Project, which will expand access to legal services to address social determinants of health.

And so the late Jerome J. Shestack’s vision for the ABA Center for Human Rights shines on. And so, too, for those of us who are stewards of that vision does the animating principle behind it: “Justice, justice shall you pursue.”

Judge Bernice Bouie Donald is a justice on the 6th U.S. Circuit Court of Appeals at Cincinnati. She previously has served on the U.S. District Court, as the first African-American female judge of the U.S. Bankruptcy Court, and as the first African-American female judge in Tennessee’s history. She has served as the ABA secretary and on the ABA Board of Governors and the ABA Journal Board of Editors. She is the chair for the ABA Center for Human Rights and co-chairs the ABA Long Range Planning Committee and the ABA Judicial Division’s Joint Committee on Fighting Implicit Bias.

ABA Abroad is a column highlighting the work of the ABA’s Center for Global Programs, which comprises the Rule of Law Initiative, Center for Human Rights, and the ABA’s presence at the United Nations.