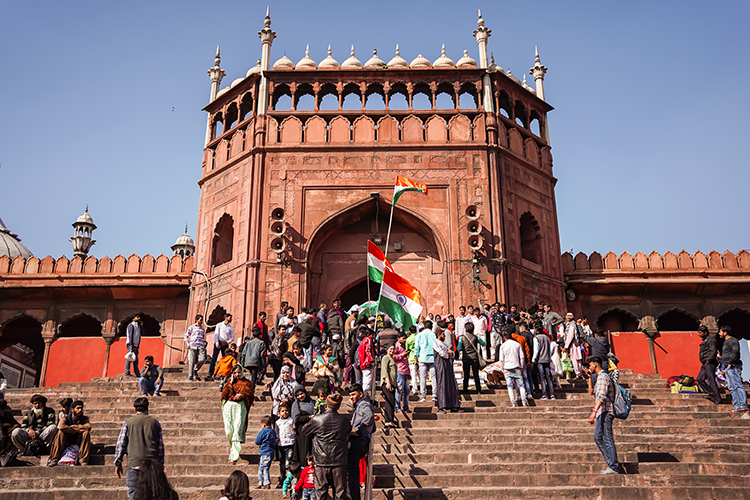 Demonstrators against the Citizenship Amendment Act gathered in February on the steps of Grand Mosque Jama Masjid in Delhi, India. Photo by Juan Alberto Casado / Shutterstock.com.

For those with friends and colleagues living on the other side of the planet, it is the zero-hour calls that one learns to both love and dread. It is at midnight in Washington, D.C., when Asia is getting to work and when the most urgent requests for assistance are sent.

In my past life in academia, I dreaded these calls, knowing my limited experience and ability in getting a journalist out of jail in India or helping a labor union leader’s fight for justice in Cambodia. Yet as a member of the ABA Center for Human Rights team, I have the privilege of helping those on the front line of justice across Asia.

One recent case highlights CHR’s ability to take immediate action to assist a justice defender in particular danger. Safoora Zargar, an Indian scholar who participated in protests in India, was arrested while pregnant, kept in a COVID-19 positive crowded jail facility for months and repeatedly denied bail.

Zargar represents the vanguard of the fight for human rights and rule of law throughout the world. When the government of India passed an amendment to the citizenship act known as the Citizenship Amendment Act or CAA, many feared that it would be used to disenfranchise religious minorities and strip them of their citizenship. In response, student groups from around the country took to the streets to voice their opposition to the CAA and their support of all Indians, regardless of creed. While some of these protests were dispersed by police force, other participants faced violence from counterprotesters. At the same time, violent mobs were attacking Muslim neighborhoods and schools, causing injuries, death and property damage.

Despite the chaotic situation, Zargar, who was pursuing a master’s degree in philosophy at the Jamia Millia Islamia University in Delhi, had the bravery to protest and exercise what she believed to be her right to expression protected by India’s constitution. Following the unrest in late February, the police arrested several anti-CAA student volunteers and protesters from the Muslim community, accusing them of rioting and terrorism. As many saw the Muslim community to be the victim of the Delhi violence rather than the perpetrator, some criticized the prosecution of these students as a discriminatory form of double-punishment for the community. 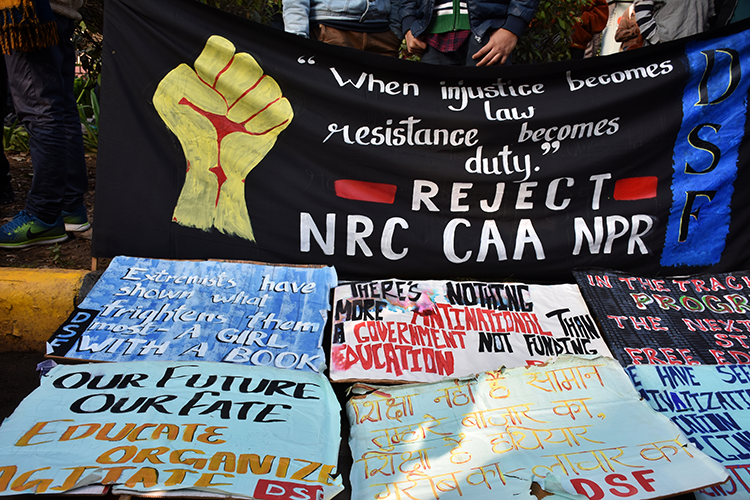 On April 10, Delhi police arrested Zargar charging her with orchestrating violence at protests and being part of a criminal conspiracy. Despite being pregnant at the time of the arrest and COVID-19 running rampant across Asia’s jails, she was brought to a crowded jail facility that eventually would have positive cases of COVID-19. Around this time, a friend and consultant midnight-messaged me from Delhi asking CHR to help Zargar. Being both inspired by the courage of Zargar and horrified at the potential health complications she could face while in pretrial detention, I immediately began our internal reviews.

When conducting this review, it was clear that Zargar qualified as an intended beneficiary for CHR’s Justice Defenders Program considering the extreme persecution she was facing in response to her courageous actions as a student volunteer. Her case typified the theory of change applied by the program in Asia: to provide discrete support to those on the front line of the battle for the rule of law and justice around the region.

The challenge, however, was to understand what the ABA Center for Human Rights could do for a justice defender whose case was already being covered by high-profile media outlets, including the BBC as well as human rights organizations including Amnesty International (India). Rather than duplicating efforts, it was ultimately decided that CHR would provide a unique legal angle to the analysis of Zargar’s pretrial imprisonment. Working alongside a member of the ABA’s International Law Section, CHR was able to analyze the charges against Zargar while evaluating several legal theories that could be used to grant her pretrial bai.

Within a month of receiving the request, CHR released a preliminary fair trial report that was covered by several international and Indian newspapers and news websites. It went viral on social media with thousands of posts sharing the report and calling on the government to release Zargar. Ten days after the report was released, Zargar reapplied for bail despite her three prior rejected bail applications by Delhi’s High Court. While many anticipated another rejection by the court, the decision of the court was unexpected: Zargar was released on bail and sent home with instructions not to engage in further protests until the resolution of her case.

#India: We urge the Supreme Court to uphold India’s moral
and legal obligations given the #COVID19 pandemic and order the immediate release of @SafooraZargar. @AIIndia @seemi_pasha @KK_Kannabiran @geetapandeyBBChttps://t.co/Ne3YgJrUJb

While the request to help Zargar came to my phone at midnight, the news of her release came at dawn. Two juxtaposed thoughts rushed through my mind as I processed the news. Firstly, I was overcome with ecstatic shock that despite the extreme odds against her, Safoora Zargar would be going home to be reunited with her family and safely prepare for the birth of her first child. Secondly, I thought of all the other Safooras across the world, how brave they were in sacrificing everything to fight for justice and how much they deserve to be uplifted by those working in the human rights field living in the relative safety and comfort of the West.

Some may see this story as proof that a report by an international human rights center can bring attention and success to a human rights activist facing persecution for his or her work. Yet, I see it in the opposite way: It was Zargar’s bravery, the compelling nature of her story and her righteous pursuit of equality and justice that brought attention to our report. While the report may have pushed Zargar’s case further into the light such that she was finally granted justice in the form of pretrial bail, it is the merits of her own work and the persecution she received for it that should be emphasized in retrospect.

As mentioned earlier, Zargar is one of hundreds or thousands of justice defenders around the world risking their lives, families and careers to fight injustice throughout the world. While my courage levels cannot compare to those of my friends or beneficiaries of my work at CHR, it is an absolute honor to answer that midnight call requesting assistance and to be able to provide practical and discreet help to the kind of people that so greatly inspire me. 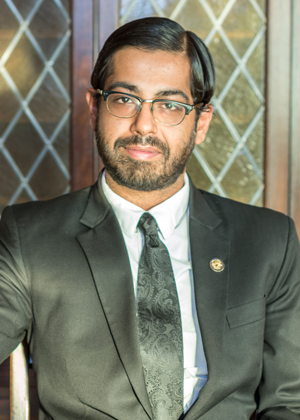 Dr. Waris Husain is a senior staff attorney for the American Bar Association Center For Human Rights for the South/Southeast Asia region. Previously, he was the South Asia policy analyst for the U.S. Commission on International Religious Freedom. He has served as a comparative constitutional law lecturer for the United States Embassy of Nepal. Husain also served as a legal affairs writer for Dawn Newsgroup and Express Tribune in Pakistan. He received his SJD from the Washington College of Law at American University specializing in constitutional and comparative law in 2017. Husain received his JD from the Howard University School of Law in 2011, and received his LLM at Washington College of Law at American University, specializing in international human rights and international business in 2013.