Computer model uses SCOTUS arguments to predict outcomes; is it smarter than the fourth estate? 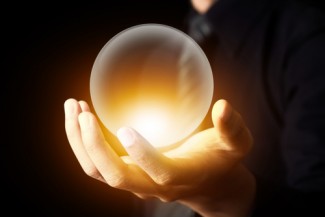 Is it a big deal? Maybe not, given that the petitioner has won 68 percent of the cases argued during the time John G. Roberts Jr. has been chief justice, the FiveThirtyEight blog reports.

Then again, CourtCast is impressive because it predicts without reading body language, without considering judicial ideology, and without consulting precedent, the blog says. The computer model analyzes the court transcripts for three variables: the number of words spoken by justices to each lawyer, the sentiment of those words and the number of times a justice interrupts the lawyers.

New York Times Supreme Court journalist Adam Liptak wasn’t impressed with the CourtCast’s accuracy. “Two things are well known and will get you to 70 percent with your eyes closed,” he told FiveThirtyEight. “One is the petitioner wins about two-thirds of the time.” Second, he said. “If you get a lot of questions, you’re going to lose.”

Liptak replaced Linda Greenhouse, who guessed in a 2004 paper that her accuracy rate for predictions was 75 percent for the cases she was writing about. “Whatever Linda’s success rate was,” Liptak quipped in the FiveThirtyEight interview, “mine is a little better.”

Supreme Court litigator Carter Phillips says he does better than that, at least in the cases he has argued. He suspects his predictions are right about 90 percent of the time, and says his wife is an even better prognosticator.