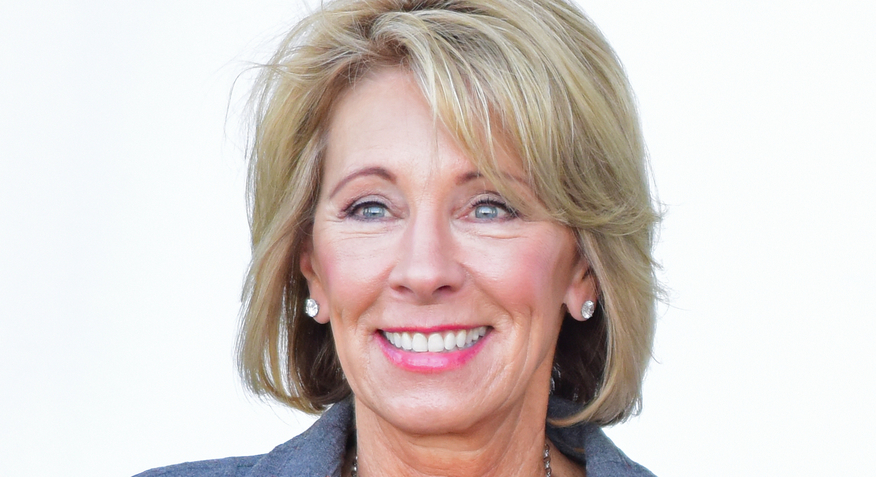 The Department of Education has the authority to extend enrollment requirements for school loan discharges if there are “exceptional circumstances,” which is what should happen for students at the now-shuttered Charlotte School of Law, say a group of North Carolina U.S. Congress members.

The letter to U.S. Department of Education Secretary Betsy DeVos, dated Oct. 26, is signed by U.S. Reps. Alma Adams, G.K. Butterfield and David Price, the News & Observer reports. All are Democrats, and they ask that students enrolled at the school between December 2016 and August 2017 qualify for a closed school loan discharge. The department in an August Fact Sheet (PDF) stated that the cutoff was April 12, 2017.

The council of the ABA’s Section of Legal Education and Admissions to the Bar announced in November 2016 that the for-profit law school had been placed on probation after it was found that the school was out of compliance with various admissions standards. Charlotte School of Law closed in August after the council rejected the school’s teach-out plan. That followed the U.S. Department of Education pulling the school’s access to federal student financial aid, the state accreditation agency denying its request for a license deadline extension and the North Carolina attorney general’s office opening a civil fraud investigation.

The school’s 2015 bar passage rate was 46.26 percent, according to the school’s 509 Report (PDF) for 2016. For students waiting to have borrower defense claims processed, the average amount of loan debt is $200,000, according to the Oct. 26 letter, which Adams shared in a tweet.

Between December 2016 and August 2017, the law school stated on various occasions that it was in discussions with the Department of Education to reinstate its student loan funds.

“CSL’s troubles and eventual closing has left hundreds of students with thousands of dollars in student loan debt and nothing to show for it. Students who were still enrolled or left the school within 120 days of prior notice to school closure on Aug. 15, 2017 are able to seek a discharge of the federal student loans, but the vast majority of students most disadvantaged by CSL’s misconduct are left without recompense,” the letter reads.

In a statement to the ABA Journal, Charlotte School of Law claims that there are “many factual misrepresentations and inaccuracies” in the letter, and administrators will be writing to DeVos to correct that.

“The school will provide a courtesy copy to the congresswoman, and if she has any questions we would be happy to answer them. Indeed, we have tried to speak with her on several occasions, but have been rebuffed at every turn,” the statement reads.

Andrew Howe, who was set to graduate from Charlotte School of Law in June 2017, has transferred to Wake Forest University School of Law, where he is now a beginning 2L. According to him, many of his former classmates have no plans to attend other law schools.

“As such, in all likelihood, these individuals have many thousands of dollars of debt and no clear means to pay the debts owed. This should be a relatively easy decision for Secretary DeVos. CSL students had no means to protect themselves prior to the Department of Education’s revocation of federal loan monies,” he wrote in an email to the ABA Journal.

Student loan discharge at for-profit law schools is uncharted territory, says David J. Hickton. The University of Pittsburgh School of Law professor is a former federal prosecutor who was involved in the False Claims Act lawsuit against the Education Management Corp, which settled for $95.5 million in 2015. EDMC schools include Argosy University and Brown-Mackie College.

“For-profit colleges exist because Congress funds them through Title IV of the Higher Education Act. If these for-profit colleges created egregious situations for students, which I believe is true, Congress is going to have to act, and they’re going to have to act beyond Charlotte School of Law and deal with the entire issue, in my opinion,” he says.

According to him, many for-profit colleges focus not on attracting the best students, but who can bring in the highest amount of federal loan money.

“If you’re attracting students on that basis, and the students are being recruited on that basis, that’s just not the way that we are going to establish ourselves as a country where education is an investment in our future,” says Hickton, who served as the U.S. Attorney for the Western District of Pennsylvania. He resigned from that post in November 2016.

The InfiLaw System, Charlotte School of Law’s parent company, has two other law schools, Arizona Summit School of Law and Florida Coastal School of Law. Arizona Summit was placed on probation by the ABA in March 2017 after it was found to be out of compliance with accreditation standards regarding its admissions policies and its legal education program.

In October, the ABA found Florida Coastal to be “significantly out of compliance” with various ABA accreditation standards involving program objectives, academic advising and admissions policy. An Oct. 12 letter (PDF) about the finding was posted to the website of the ABA Section for Legal Education and Admissions to the Bar.

Arizona Summit submitted its reliable plan to the ABA in in May, according to Penny L. Willrich, the school’s dean. Scott DeVito, the dean of Florida Coastal, said that he plans to submit his school’s response to the ABA on Wednesday.

A rule created during the Obama administration holds schools liable in loan discharge claims involving fraud or misrepresentation. But DeVos has said that it didn’t give enough due to colleges’ concerns, and she’s asked a panel changing the rule to reconsider the extent of school’s responsibilities, Inside Higher Ed reports.

That may not bode well for Charlotte School of Law students seeking a closed school discharge.

“Looking at the motivation of the department, which has been pretty transparent about how it feels about this program, I just don’t think they are looking for reasons to be more generous, or flexible, with closed school discharge,” says Adam Minsky, a Boston lawyer who represents student loan borrowers.