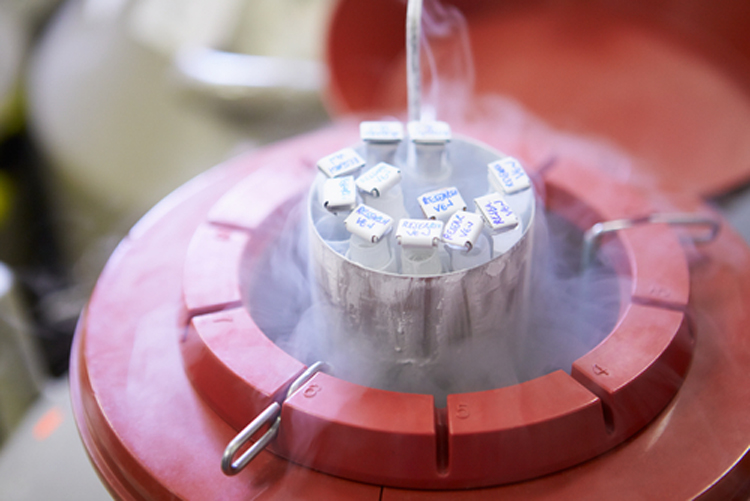 The Georgia Supreme Court has revived a lawsuit alleging that a sperm bank misrepresented its screening process for donors, leading a couple to purchase sperm from a donor with mental illness and a burglary conviction.

The state supreme court ruled Monday that Wendy and Janet Norman could not sue for wrongful birth, but they could bring claims based on alleged wrongdoing by the sperm bank, Xytex Corp.

According to the Normans’ lawsuit, the sperm donor lied about his mental health, and Xytex never asked him to verify his answers or supply his medical records. He was never asked about his criminal history or asked to provide identification. He also wrongly claimed to have an IQ of 160 and to be pursuing a PhD.

In reality, the sperm donor pleaded guilty to burglary in 2005 and also had arrests for trespassing, driving under the influence and disorderly conduct, the Normans alleged.

The donor had no college degree when he completed his sperm donor questionnaire, and later provided the sperm bank with forged diplomas, the Normans claimed. He also had been hospitalized for mental health treatment and had been diagnosed with psychotic schizophrenia, narcissistic personality disorder and significant grandiose delusions.

Xytex had represented that it carefully screened donors for health issues, criminal history and family history, according to the suit. The company maintained its screening process was so exacting that fewer than 5% of candidates became donors.

The Normans’ son, conceived with the donor’s sperm, has a blood disorder inherited from the father. He also has suicidal and homicidal ideations, and takes anti-psychotic medications.

An appeals court had barred the couple’s claims under a Georgia Supreme Court decision, Atlanta Obstetrics & Gynecology Group v. Abelson. The plaintiff in that case had alleged her doctor failed to inform her about a test during pregnancy that could have detected a chromosomal disorder in her fetus.

The court in Abelson barred the medical malpractice suit, saying that “life, even life with severe impairments, may [not] ever amount to a legal injury.”

The Georgia Supreme Court said Abelson does not preclude all of the Normans’ claims.

The Normans can’t sue based on a theory that they wouldn’t have purchased the donor’s sperm if Xytex had revealed his true background, the Georgia Supreme Court said. “This is a classic wrongful birth claim,” the court said.

But they could sue based on allegations that their reliance on Xytex’s representations led them to delay diagnosis or treatment for their son’s conditions, the state supreme court said.

They may also be able to recover the difference in price between the fair market value of the sperm they received and the sperm they were promised. And they may be entitled to an injunction preventing Xytex from continuing alleged deceptive practices.

If one of Xytex’s employees encouraged the donor to falsify his background, the Normans may also be entitled to punitive damages, according to the opinion.

The supreme court remanded for lower courts to determine which claims survive under its opinion.

The Atlanta Journal-Constitution, the Associated Press and the Georgia Recorder covered the decision.

Ted Lavender, a lawyer for Xytex, commented in an email to the Associated Press. “If this case does move forward, Xytex is confident in the actual evidence that exists to refute the allegations,” he said.

A lawyer for the couple, Nancy Hersh, also commented on the decision to AP. “It feels great and it’s justice,” she said.