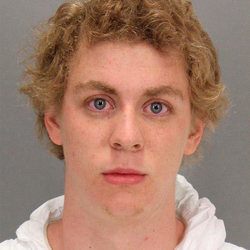 Former Stanford swimmer Brock Turner has lost an appeal that argued his attempted rape conviction should be overturned because his intent was “outercourse” rather than “intercourse.”

Turner’s lawyer had defined outercourse as sexual contact while fully clothed. Turner had all his clothes on when two graduate students spotted him behind a dumpster atop an unconscious woman who was partially clothed.

When the grad students spotted Turner and the woman, her dress was hiked up around her waist, a pair of women’s underwear was beside her, and she was unconscious, the appeals court said. When Turner tried to run, one of the students tackled him, the grad students said.

Turner had testified that he penetrated the woman with his finger, but she had given consent. He told a detective he stood up before the grad students confronted him because he thought he was going to vomit. Before that, he said, he was “dry humping” the woman.

The court cited evidence that the woman was unable to give consent because she testified that she drank four shots of whiskey, a glass of champagne, three or four shots of vodka and some beer over the course of about two hours. She was also slurring her words in a phone call, and didn’t remember part of the night.

The court said jurors could reasonably conclude from the evidence that Turner intended to rape the woman, and he would have done so if the graduate students had not stopped him. “Neither the evidence nor common sense supports defendant’s contention that ‘dry humping’ is mutually exclusive to actual intercourse,” the court said.

The judge who sentenced Turner to six months in jail in June 2016 was ousted in a recall election two years later amid criticism that Turner’s sentence was too short. Turner served only three months of the sentence, but he has to register as a sex offender.