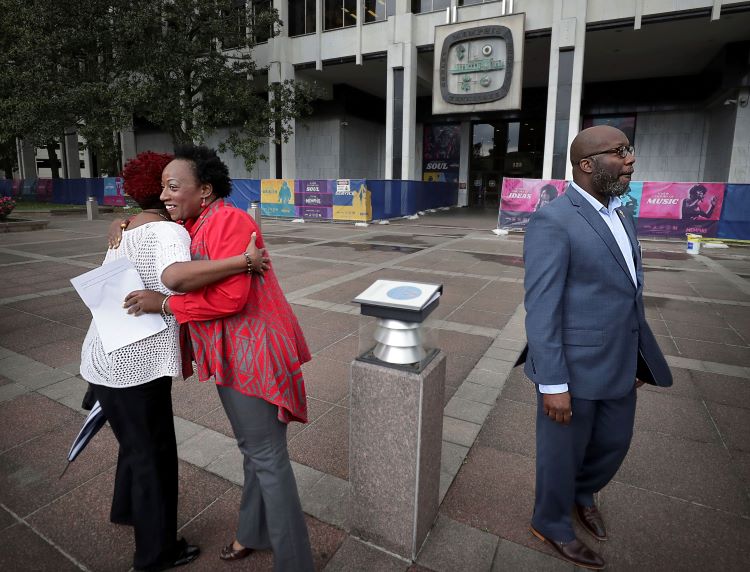 Critics are denouncing a six-years-and-a-day sentence for a Black Lives Matter activist who said she didn’t know that her voter registration was illegal because she received inadequate and faulty information from the state of Tennessee.

Judge W. Mark Ward of Shelby County, Tennessee, sentenced 44-year-old Pamela Moses on Jan. 31 for her illegal attempt to register to vote in 2019, report the Associated Press, the New York Times, the Guardian and the Washington Post. Ward added that he would consider probation for Moses, a Black woman, after nine months of incarceration.

Moses was barred from voting because of her criminal record. She pleaded guilty in 2015 to tampering with evidence and forgery, both felonies, and to misdemeanor counts of perjury, stalking, theft under $500 and escape, according to a press release announcing the latest sentence.

Most of the 2015 charges stemmed from allegations that Moses impersonated an attorney in an attempt to file a judicial misconduct complaint against a judge, according to prior coverage by the Memphis Commercial Appeal. She was placed on probation for seven years as a result of the 2015 sentence. She was also told to comply with any treatment recommended by court-ordered mental health evaluations.

The evidence-tampering conviction meant that Moses was permanently ineligible to register and vote in Tennessee. But no one informed Moses, she told the Guardian. She should have been removed from the voting rolls at that time, but it didn’t happen. She voted in at least six elections between 2015 and 2018, according to a sentencing order cited by the New York Times.

Moses’ lawyer, Bede Anyanwu, told the New York Times that officials had told Moses only that she had to check her probation status to vote.

Moses learned of a possible problem when she decided to run for Memphis mayor in 2019, according to the Guardian. Election officials told Moses that she couldn’t be on the ballot because of her felony conviction. Moses was confused because she thought that her probation was over. She asked a judge for clarification, and the judge said Moses was still on probation.

Moses thought that the judge calculated her sentence incorrectly, so she asked the probation office for help. An officer signed a form that said Moses’ probation was over. Moses filed the form with election officials.

The probation officer made a mistake, however, and the Tennessee Department of Correction told election officials the next day that Moses could not vote. Moses said she wasn’t informed of the reversal, according to the Washington Post.

That resulted in charges, including the charge on which Moses was convicted: false entry on official election documents.

David Becker, a former attorney in the voting section of the U.S. Department of Justice’s Civil Rights Division, told the Associated Press that Tennessee “is an outlier” because of restrictive voting laws that are “so difficult to navigate that I don’t think voters understand them.”