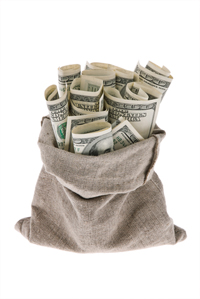 A fraud investigator at JPMorgan Chase who led a class action lawsuit over denied parental leave for fathers has won an agreement to settle the case for $5 million.

Derek Rotondo, the lead plaintiff, obtained $5 million in a proposed settlement for fathers working at JPMorgan Chase who were denied primary caregiver parental leave on the same basis as mothers from 2011 to 2017, according to a press release. The New York Times, Courthouse News Service and NPR have coverage.

Rotondo’s case is the first employee class action suit to settle sex discrimination claims for fathers who say they weren’t allowed the same opportunity as mothers to receive paid parental leave, according to the press release.

He sought to take 14 weeks of primary caregiver parental leave after his son was born, and he was offered only two weeks of paid leave.

He was told that he could not qualify for primary caregiver parental leave unless he could show that his spouse had returned to work or was unable to care for their child, according to the motion for approval of the settlement. Rotondo intended to be the primary caregiver, but he didn’t qualify under the policy because his schoolteacher wife was not teaching at the time.

Female employees at JPMorgan Chase, eligible for the full 16 weeks of paid parental leave, were presumptively treated as primary caregivers who did not need to show that their spouses were incapacitated or working, according to Rotondo’s motion.

Courts have held that any parental leave that exceeds an amount needed for a mother to recover from childbirth must be offered equally to men and women, according to the motion.

JPMorgan Chase changed its parental leave policy in December 2017 to remove gender-specific language and clarify that fathers are eligible to be designated primary caregivers on the same basis as mothers.

Rotondo was represented by the American Civil Liberties Union, the ACLU of Ohio and Outten & Golden.

Galen Sherwin, senior staff attorney with the ACLU’s Women’s Rights Project, said JPMorgan Chase’s 16 weeks of parental leave is quite generous, but caregiver leave must be offered on an equal basis to men and women. “Unfortunately, the gender stereotype that raising children is a woman’s job is still prevalent and is reflected in far too many corporate policies,” Sherwin said in the press release.

Rotondo told NPR that he is glad he brought the case, “so that we could get rid of some of these stereotypes where it’s the woman’s job to have babies and cook and the man gets back to work and pays the bills. That doesn’t work for everyone; it’s not the century that we live in.”