The Daily Show took aim at several law firms that purport to protect gun owners and carriers for a monthly retainer, including a Virginia firm that was co-founded by former Virginia Attorney General Ken Cuccinelli.

During a segment that aired Tuesday, Daily Show correspondent Jordan Klepper took a humorous look at these new firms, which include Cuccinelli’s Virginia Self-Defense Firm, the Law Office of Doug Friesen, Gunn Shield and the Armed Citizens Legal Defense Network.

“As ‘Stand Your Ground’ laws proliferate across the country and controversial self-defense shootings make headlines, people are beginning to speak up about the heartbreaking damages these events cause,” Klepper said during the introductory voice-over to his piece. “But who will speak for the true victims of shootings? The shooters.”

The firms charge clients a monthly or yearly retainer. For example, Cuccinelli’s firm, which he formed in February shortly after leaving his position as attorney general of Virginia, charges clients a monthly retainer of $8.33. If clients get in trouble as a result of acting in self-defense or for carrying a legal gun, then the firm will defend them free of charge. The plan works a lot like insurance, and in order for firms to make money, they can’t take on high-risk clients. In other words, they have to represent people who aren’t likely to shoot other people. 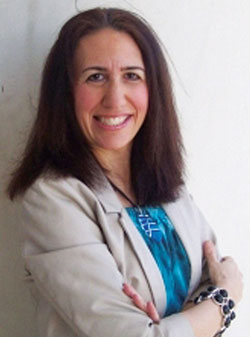 Klepper interviewed Carolyn Elefant, a D.C.-based lawyer who blogged about Cuccinelli’s firm at Above the Law in March, about this problem for firms like his. “The problem is that if not enough people sign up for these plans, the risk pool is going to be too small,” Elefant said on the Daily Show. “You need to have individuals with lower risks so you can bring down the costs for all participants.”

It was an irony that Klepper jumped on when talking to Cuccinelli, an outspoken opponent of the Affordable Care Act who filed one of the first constitutional challenges to the law. He said that his firm is different because it isn’t “compelling anyone to do anything,” Cuccinelli said. “We like the Constitution.” Cuccinelli then added that he was hoping to expand his firm’s reach into Maryland and North Carolina.

“Of course, because there are still states out there where there are people who can’t afford to shoot other people,” Klepper said.

Cuccinelli told the Daily Press Shad Plank blog that he agreed to go on the Daily Show because he wanted to drum up business for his firm. While gun owners may not make up the show’s core audience, they are watching, he told the blog. “It was an understood amusement risk,” Cuccinelli said. “We wanted to make our point that—and I think they did it in what they thought was a humorous way—our clientele are law-abiding citizens. They took that as sort of a bad-for-business thing and joked about it.”