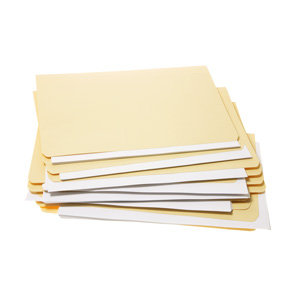 The U.S. Court of Appeals for the District of Columbia Circuit upheld Friday a congressional subpoena for financial records relating to President Donald Trump and several of his businesses.

The court ruled 2-1 that a House committee had authority under both House rules and the Constitution to issue the subpoena, and Trump’s accounting firm, Mazars USA, must comply.

The Washington Post, the New York Times, the National Law Journal, CNN and HuffPost have coverage.

Trump and several of his business entities had sued in a bid to block the subpoena.

The House Committee on Oversight and Reform had subpoenaed the records for the years 2011 through 2018 from Mazars in an investigation into amending the Ethics in Government Act. The law governs financial disclosures for many current and aspiring government officials, including the president and presidential candidates.

The committee had sought the information after Trump’s former personal lawyer, Michael Cohen, said in congressional testimony that he thought that Trump inflated his assets when it served his purposes and deflated his assets in other situations. Among the documents sought were communications related to potential concerns that information provided by Trump or his businesses was incomplete or inaccurate.

Rep. Elijah Cummings, the committee chairman and a Maryland Democrat, had identified four questions that could be answered by the records. They are whether Trump engaged in illegal conduct before or while in office, whether he has undisclosed conflicts of interest that could impair his ability to make decisions, whether Trump is complying with the emoluments clause barring gifts from foreign states, and whether he has accurately reported his finances. Cummings also stated that the information will help the committee’s review of multiple laws and legislative proposals.

The Trump plaintiffs had contended that the subpoena was issued for an unlawful law enforcement purpose, rather than a permissible legislative purpose. The majority disagreed.

Rao’s dissent argued that the committee was investigating possible illegal conduct, and that does not fall within its legislative power.

“Allowing the committee to issue this subpoena for legislative purposes would turn Congress into a roving inquisition over a co-equal branch of government,” Rao wrote.

“In light of the text, structure and original meaning, the Constitution is best read to provide for impeachment as the exclusive mechanism for Congress to investigate the wrongdoing of the president and other impeachable officials,” she said.