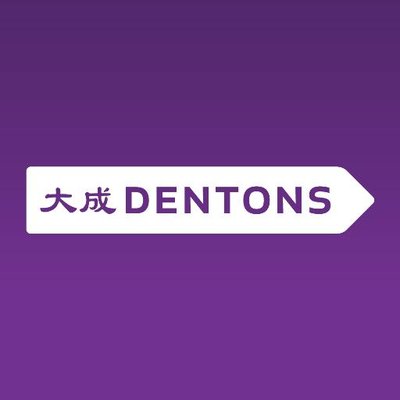 A business development specialist at Dentons claims in a lawsuit that her direct supervisor propositioned her using vulgar language, tried to draw her into sexual conversations when he called her at late hours, and touched her legs and buttocks without her consent.

Plaintiff Krunali Parekh says in the suit that she “was repeatedly treated like nothing other than a sexual object” by supervisor Alton Delane, the managing director the of law firm’s venture technology group. Law.com and Bloomberg Big Law Business have coverage of the suit, filed Monday in New York state court.

Delane is a significant business generator for the firm and treated like a partner, according to the suit.

Parekh says she complained to the supervisor of her corporate group and to human resources, and was simply told not to discuss her allegations with anyone else inside or outside the firm. “In effect,” the suit says, “Dentons attempted to silence Ms. Parekh and prevent her from seeking outside advice or counsel.”

The suit notes that Dentons has only three women among its 34-member global board, and just two women on its 20-member global management team.

“Given the lack of female representation at the firm’s highest levels,” the suit says, “it is unfortunately not surprising that an environment has been created where Mr. Delane has been emboldened to sexually harass women and where complaints about his misconduct have been ‘swept under the rug’ rather than dealt with firmly and definitively.”

The suit claims violations of human rights laws in the state and city of New York. Parekh plans to file a charge of discrimination with the Equal Employment Opportunity Commission and to file a federal lawsuit upon receiving a right to sue letter.

Dentons said in a statement that it is “deeply troubled by the allegations” against the nonlawyer employee, and it is committed to a workplace free from discrimination and harassment. The firm said it has a robust code of conduct that includes a policy to prevent discrimination and retaliation.

“Upon first learning of the detailed allegations through threatened litigation, Dentons placed the individual who is the subject of these allegations on administrative leave while we continued an ongoing investigation,” the statement says. “Upon conclusion of the investigation, we are committed to taking appropriate and additional action as necessary.”

The firm added that it has five women on its 16-member U.S. board, and it is proud of its industry-leading commitment to diversity and inclusion.