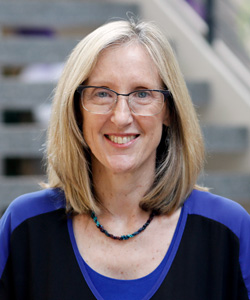 Karen Daniel, a former co-director of Northwestern University’s Center on Wrongful Convictions and a law professor, was struck and killed Dec. 26 by a pickup truck while she was walking her dog in the Chicago suburb of Oak Park.

Daniel, 62, had retired from the Northwestern post in August and was planning to begin working in January at the Exoneration Project at the University of Chicago, report the Chicago Tribune, the Chicago Sun-Times (here and here), and OakPark.com.

Daniel, a graduate of Harvard Law School, had begun working at the Center on Wrongful Convictions as a part-time lawyer in 2000. She became co-director of the center in 2013 and was director through 2018. She became director emerita after her retirement last year and continued to work on cases.

Inmates freed as a result of Daniel’s help praised her legal skills and compassion in interviews with the Chicago Sun-Times and Chicago Tribune. “To so many of us, she was like our second mother because she gave us our lives back,” Eric Blackmon of Chicago told the Sun-times. Blackmon was freed after serving 16 years in prison for a murder he didn’t commit.

“Long after we lay her to rest, her impact is going to be felt,” Alan Beaman told the Chicago Tribune. “I don’t know if there’s a tribute I can give that does her justice. The world is losing somebody great.” Beaman was wrongfully convicted for the murder of his ex-girlfriend.

Daniel represented more than 20 people who were exonerated or released from prison. She also taught law students who went on to help the wrongly convicted.

The driver of the pickup truck was cited for failure to reduce speed to avoid an accident and failure to yield to a pedestrian. The driver may not have seen Daniel because of the sun, according to Daniel’s family.

Daniel’s family recovered her dog later on the day of the incident. She was planning to bring the dog with her to work at the Exoneration Project.