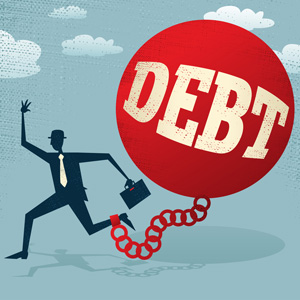 A disbarred California lawyer can’t use a bankruptcy to discharge more than $2 million in debt that is owed to a fund used to reimburse his former clients, a federal bankruptcy judge has ruled.

The State Bar of California’s Client Security Fund had made more than $1.3 million in payments to 356 of Kassas’ former clients. With interest and processing costs, Kassas owes the state bar more than $2 million.

Kassas was disbarred in 2014 partly for misconduct in representation of financially distressed homeowners.

According to Robles, Kassas falsely stated in advertising that he had filed litigation against various banks. He then collected fees ranging from $1,500 to $4,500 to help the homeowners obtain loan modifications but “failed to competently perform the promised legal services,” Robles said.

The state bar conceded that Kassas could discharge the more than $200,000 in restitution payments ordered by the California Supreme Court. And Kassas agreed that he could not discharge assessed disciplinary costs.

But the parties disagreed on whether the security fund debt could be discharged. California argued that the debt is a fine, penalty or forfeiture payable to a governmental unit that can’t be discharged. Kassas maintained that the debt can be erased because the state bar is acting as a conduit to reimburse third parties.

Other bankruptcy courts have held that client security fund debt can’t be discharged based on the premise that attorney reimbursement is rehabilitative and not compensatory.

“The court finds the reasoning of these cases to be persuasive,” Robles wrote.

Robles certified a direct appeal of his decision to the 9th U.S. Circuit Court of Appeals at San Francisco.

Hat tip to Westlaw Bankruptcy Daily Briefing and Bloomberg Law, which had coverage of the decision.