Discussion on Zoom between plaintiff and jurors is not grounds for mistrial, judge says 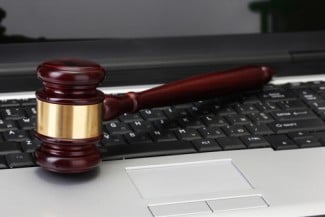 A California judge has refused to grant a mistrial in an asbestos case in which the plaintiff chatted with jurors on Zoom during a break in the virtual trial.

The plaintiff, Ronald Wilgenbusch, is a retired Navy admiral who says his asbestos exposure in the U.S. Navy caused his mesothelioma, a cancer that can affect the lungs. His chat with jurors began while the judge and attorneys were in a Zoom breakout room for a sidebar, according to Seligman’s order.

One juror asked another about a visual of a courtroom behind him, leading Wilgenbusch to ask how the virtual background was done. Another juror asked Wilgenbusch what type of computer he had and explained how to use the Zoom feature. Wilgenbusch then showed various backgrounds.

The whole interaction lasted only a few minutes, Seligman said.

Metalclad’s mistrial motion had argued that Wilgenbusch “intentionally and subtly created juror empathy” by asking for help, citing techniques outlined in the book How to Win Friends and Influence People.

Seligman denied the motion after questioning two jurors who interacted with Wilgenbusch.

Although the interaction was improper, “the communication did not touch on any issue in the case, nor was it the result of plaintiff affirmatively seeking out jurors or attempting to influence them,” the court said. “Given the novel circumstances of a Zoom trial, the lack of any discussion of the case, and the fact that plaintiff did not affirmatively seek out jurors, misconduct is not so obvious as to compel a conclusion of prejudice.”

The case is the first virtual trial conducted in Alameda County. To avoid future problems, Seligman is requiring all jurors to be placed in a “waiting room” during any sidebar in which they can’t see or talk to one another.