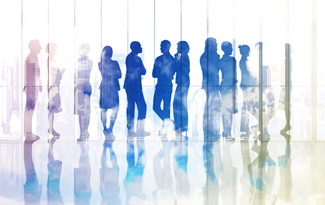 There are still some considerable obstacles when it comes to attorneys and bar associations embracing legal technology and collaborating with legal service providers to close the access-to-justice gap for millions of Americans.

One of the biggest is the lingering suspicion many attorneys have of technology and alternative legal service providers. On Saturday, during a panel discussion held at the ABA Annual Meeting in Chicago, a panel of disruptive innovators in the legal service industry tried to assuage the fears of a roomful of state bar officials and leaders while attempting to foster greater cooperation with them in order to provide much-needed representation to the millions of Americans who can’t afford an attorney yet do not qualify for free legal services.

Sponsored by the National Conference of Bar Presidents, the panel was moderated by Frederic Ury, a member of the ABA Commission on the Future of Legal Services, and consisted of professor Renee Newman Knake of the Michigan State University College of Law, Dan Lear of Avvo, Michael Mills of Neota Logic, Thomas Rombach of the State Bar of Michigan, and John Suh of LegalZoom. The panelists spoke about the disruptive influence of technology in the legal market and drew on their past experiences and accomplishments to talk about where the legal industry is heading.

Mostly, the panelists tried to convince those in attendance to work together. “Being the president of a state bar means something,” said Knake, who co-founded the ReInvent Law Laboratory and serves as reporter to the ABA commission. “You have the kind of institutional capital that can bring people together when otherwise they might not even be in the same room.”

Suh agreed, saying: “If the fundamental mission is democratizing law and increasing access to justice for millions of Americans that can’t afford it, why aren’t we partners? We’re doing the same thing!”

For instance, Rombach, who serves as president of the Michigan bar, mentioned that his organization has created its own online legal directory and peer-reviewed referral source that works a lot like Avvo. “We borrowed the concept from the Illinois bar association, but essentially dumbed it down so that it was accessible for smartphone users,” he said.

The panelists also had to answer questions from a sometimes-skeptical crowd. When asked about the potential of technology to replace lawyers, Suh emphasized that technology and lawyers play different but equally important roles. “What is the role of tech?” Suh posited to the audience. “Technology can help you do the same thing 10,000 times in a row. Having good people can enable you to do the right thing 10,000 times in a row.”

Suh pointed out that LegalZoom isn’t meant to replace human attorneys—instead, it’s a tool to enable lawyers to work alongside machines to provide better service for the millions of people who need it. “There’s no substitute for judgment,” he said. “We want to make sure everyone gets the advice of lawyer. We won’t be perfect, but we make fewer mistakes than a typical solo practitioner.”

The remark that generated the biggest response came from David Miranda, president of the New York State Bar Association. “You talk about the law like it’s a business,” said Miranda, who criticized the panelists for not providing enough free services and wanting to get rid of ethical rules that restrict the unauthorized practice of law. “It’s not. It’s a profession.”

Mills responded by saying his company provides its software free of charge to legal aid organizations around the country, while Lear pointed out that Avvo’s directory and forum of 7.5 million legal questions and answers are free. “Lawyers are business people!” Lear exclaimed. “If you went into law thinking you could practice law without regard to how to grow your business—I mean there’s a small subset of lawyers that can be like that and they’re usually in government or legal aid.”

Knake, meanwhile, talked about the regulatory scheme and noted that the rules are not set in stone. “Sometimes those rules haven’t functioned to protect the public in the way we hoped they might,” she said.

Suh added that he wasn’t looking for complete deregulation, only for the right regulation. “We need to ask if these rules are still appropriate for our time,” he said.

Ultimately, the central message of the panelists was that the legal industry has been irrevocably changed, and that lawyers could get on board or find themselves on the sidelines. “We can’t regulate our way out of this,” Rombach said. “If you don’t see the course of history changing our profession, then you’ll be in the dustbin along with the dinosaurs.”