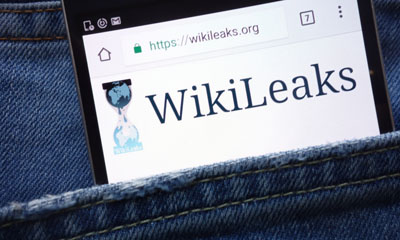 The Democratic National Committee has used Twitter to serve a lawsuit against WikiLeaks that accuses the website of participating in a conspiracy to hack into DNC emails and denigrate Hillary Clinton.

U.S. District Judge John Koeltl of Manhattan granted the motion to serve via Twitter and mail on Aug. 6. The DNC’s law firm, Cohen Milstein, served the suit on Aug. 10 through a Twitter account that was apparently created for that purpose, report CBS News, Gizmodo and TechCrunch.

The DNC had told the court in a July 20 motion to allow the alternate service that WikiLeaks “has more of a virtual than a physical presence.” The motion cited a California case in which a federal court allowed service via Twitter of a suit against a Kuwaiti national accused of financing ISIS activities.

The DNC had not been able to serve the lawsuit by other methods, the motion said. DNC lawyers tried sending emails to an address provided on the WikiLeaks website and contacting lawyers who had represented WikiLeaks in other matters. The emails were returned as undeliverable, and the lawyers who responded said they no longer represented WikiLeaks and were not authorized to accept service.

The motion said WikiLeaks had published tweets showing an awareness of the suit. One tweet sought donations for a countersuit. Another tweet showed a screen shot of the complaint.

The suit claims Russia hacked the DNC computers, then people tied to Russia were notified by Trump campaign, which “gleefully welcomed Russia’s help.” WikiLeaks published the stolen data “at times when it would best suit the Trump campaign,” the suit alleged.