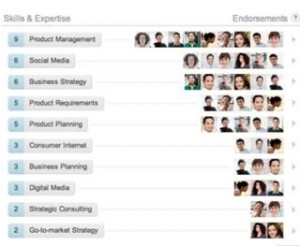 Legal blogger Robert Ambrogi received an email alert this morning notifying him that an Internet acquaintance he’s never met or spoken to had endorsed his litigation skills on LinkedIn.

Ambrogi says that is not uncommon for connections with no firsthand knowledge of his skills to endorse him on LinkedIn, a favorite social media site among business executives. MediaPost noted a recent survey of executives that found nine out of 10 of them said they used LinkedIn “often” or “very often.”

But Robert Ambrogi’s LawSites was prompted to ask the question: Do these endorsements violate legal ethics?

The answers he found varied and in some cases contradicted one another. Under the ABA Model Rule 7.1, a lawyer is not to make any false or misleading claims about his or her services. “If a lawyer permits an endorsement to remain on the lawyer’s LinkedIn profile that the lawyer knows to be misleading, even if someone else posted the endorsement, that would seem to be a problem under Rule 7.1,” Ambrogi wrote.

Andrew Perlman, Suffolk University Law School professor and director of its Institute on Law Practice Technology and Innovation, raised the same Rule 7.1 questions as Ambrogi in a January post at Legal Ethics Forum (Perlman was chief reporter for the ABA Commission on Ethics 20/20). However, Michael Downey, former chair of the Illinois State Bar Association Standing Committee on Professional Conduct, said in an an interview with Illinois Bar Journal that truthful endorsements are OK. Just because the endorser does not know you directly does not make it a false statement, Downey said. Ambrogi noted both sources in his post.

“I am no ethics expert,” Ambrogi writes, “However, I think it is significant that LinkedIn provides the ability to “hide” endorsements others have given you.” Ambrogi suggests users remove endorsements they believe are false or misleading.