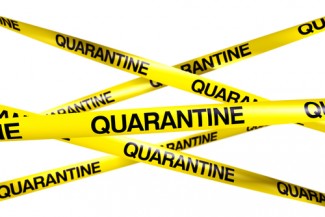 An opinion columnist is blaming initial missteps in the fight against Ebola on an American reluctance to recalibrate its devotion to individual rights and civil liberties.

In a Washington Post article, columnist Charles Krauthammer says the balance needs to change. He says rights should have given way to the need to fight the virus in these instances:

1) Privacy. Initially officials did not release the name of the nurse who caught the virus from Ebola victim Thomas Duncan during his treatment at a Dallas Hospital. “In normal circumstances, privacy deserves absolute respect,” Krauthammer writes. “But these are not normal circumstances. We’re talking about a possible epidemic by an unseen pathogen that kills 70 percent of its victims. Contact tracing is the key to stopping it, we’ve been told. What faster way to alert anyone who might have had contact with [nurse Nina] Pham than releasing her name?”

2) Quarantine. Thomas Duncan’s closest contacts should have been quarantined immediately, Krauthammer says. But quick action wasn’t taken. “It’s understandable,” Krauthammer writes. “Quarantine is the ultimate violation of civil liberties. Having committed no crime, having done no wrong, you are sentenced to house arrest or banishment. It’s unfair. It’s, well, un-American. But when an epidemic threatens, we do it because we must.”

3) Evacuation. Ebola patients should be evacuated for treatment at hospitals with specialized isolation centers, Krauthammer says. That’s because those specialized facilities “know how to prevent contagion.”

4) Travel bans. British Airways has canceled flights to affected countries in West Africa. “Why are we waiting?” Krauthammer asks. “The CDC argues that a travel ban would stop the flow of medical assistance to West Africa. This is silly. Simply make an exception for health-care workers. They apply to federal authorities, who charter their flights (or use military aircraft already headed there) and monitor their movements until 21 days after their return home.”

The American Civil Liberties Union is also weighing in with this website post by senior policy analyst Jay Stanley. “The government rightly has extensive powers to deal with contagious diseases, and in some cases those powers can trump individual rights,” Stanley writes. “At the same time, as Americans we of course want to preserve individual freedom and rights as far as possible, and not give the authorities powers that are not needed.”

The ACLU sees nothing wrong with screening measures at border checkpoints that include questionnaires and noncontact temperature screening, Stanley says. But governments should remember to treat pandemics as public health problems rather than law enforcement or national security matters. Treating victims as enemies can drive them underground, making diagnosis and treatment more difficult, he says.

The Associated Press has a report on attempts to implement “severe controls” in Sierra Leone, Guinea and Liberia that include lockdowns, curfews and roadblocks.