Lawyer who billed clients for watching true-crime shows is suspended 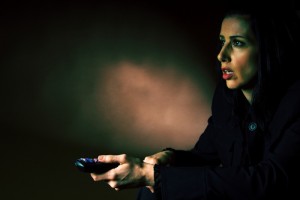 A “doggedly unrepentant” lawyer who billed her wrongful death clients for watching reality crime TV shows has been suspended for a year from law practice.

The Tennessee Supreme Court upheld the suspension of Knoxville lawyer Yarboro Sallee, who was accused of billing her clients hourly fees of more than $140,000 for less than three months of work and insisting that they pay a contingency fee as well. The Legal Profession Blog, the Chattanoogan and the Knoxville News Sentinel have stories. The July 23 opinion is here (PDF).

The supreme court said Sallee had engaged in “a prodigious amount of wheel-spinning” during her work on her clients’ case, yet she maintained she had done nothing wrong. “Since when is television not a respectable avenue for research anyway,” she said at one point to a trial judge.

During the ethical proceedings, the supreme court said, Sallee maintained an “obdurate insistence that she did nothing wrong. At every turn in these proceedings, faced with findings at every level that her conduct breached numerous ethical rules, attorney Sallee has been doggedly unrepentant. Indeed, her consistent response has bordered on righteous indignation. Under all of these circumstances, we find ample support for the one-year suspension in this case.”

The ethics case stems from Sallee’s representation of the parents of a woman who died during a fall down the stairs in October 2009. The death was found to be accidental, but the clients suspected their daughter’s husband caused the death to collect on a $1 million insurance policy. Sallee estimated the entire case would cost $100,000 in legal fees, and the clients orally agreed to pay Sallee $250 an hour, which she held out as her “discounted” rate.

When the parents demanded a written agreement, Sallee offered several draft agreements requiring hourly charges plus a contingency. The parents refused to sign and fired Sallee, who refused to give the former clients part of their file.

After the parents complained to the Tennessee Board of Professional Responsibility, Sallee presented an itemized billing statement claiming she was due $140,000 for the work. The parents hired another lawyer, who was informed by Sallee that she would sue and bring criminal charges against her former clients.

The deceased woman’s husband later received half of the insurance proceeds, while the other half was placed in trust for the children.

In the wrongful death case, Sallee had only filed a basic complaint and gathered a few pertinent records when she claimed to be due $140,000 in fees, the supreme court said.

“She had taken no witness statements,” the court said, “prepared no expert statements, taken no depositions, propounded no discovery requests. She had, however, engaged in a prodigious amount of wheel-spinning, spending countless hours, charged at a lawyer rate, in activities such as watching 48 Hours television episodes, waiting in hospitals for medical records, and doing Internet research on strangulation.

“Her communications with the claimants referred to the hours she had worked only in general terms, and only in the context of badgering them for more money. At no point did she tell them that her original estimate had quickly proven unrealistic, that she was charging them a ‘time-and-a-half’ $375 per hour rate for tasks performed after business hours, or that she intended to charge them lawyer rates for administrative tasks and watching television.”