JFK assassination documents digitized and made searchable by e-discovery firm 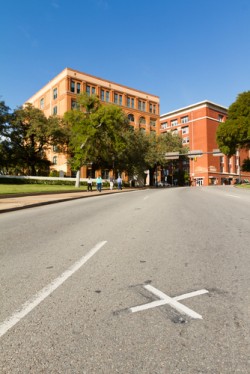 The legal review software company iCONECT has digitized some JFK assassination records and is offering free access for 60 days.

Launched Oct. 30, the company imported 6,701 public documents from the John F. Kennedy Assassination Records Collection to its Xera platform, including audio files. A user can now search various fields to find relevant information. This is an improvement over the National Archives’ repository of these documents, which are in PDF format and non-searchable, according to a press release.

iCONECT also “built a search index, charts, graphs, quick-search folders and word-highlight reports for all the records,” according to the release. A user can even auto-mark CIA cryptonyms found throughout the document set.

The federal government released 2,800 new documents last week, according to CNN, after President Donald Trump declared on Twitter that he would do so.

“I am doing this for reasons of full disclosure, transparency and in order to put any and all conspiracy theories to rest,” Trump tweeted.

Full disclosure has so far proved illusive because of concerns from national security agencies that have kept many documents classified.

Not including the recent release of documents, “five million pages of assassination-related records” and other artifacts were already available online, according to the National Archives. All of the public records in the archive are free to the public.