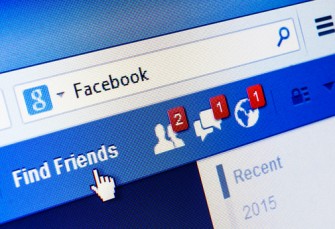 The Ohio Supreme Court has imposed a stayed one-year suspension on a former prosecutor who created a fake Facebook account to contact two alibi witnesses in a murder case.

The per curiam opinion said the conduct of former Cuyahoga County prosecutor Aaron James Brockler was “an isolated incident in an otherwise notable legal career,” the Legal Profession Blog reports. A dissenting justice argued that Brockler had shown a “glaring disdain” for his ethical responsibilities and should receive an indefinite suspension.

Brockler had doubted the murder defendant’s alibi claims, according to the Feb. 25 Supreme Court opinion (PDF). He created a Facebook account using the first name of a woman whom one of the alibi witnesses—the defendant’s girlfriend—thought to be a romantic rival. Then, using the Facebook alias, Brockler told the alibi witnesses he was romantically involved with the defendant and discussed the alibi as if it were false.

Brockler testified that he printed copies of the chats and placed them in a file before deleting the Facebook account. He said he intended to give copies to the defense, but the copies were never found, the opinion says. He told a prosecutor taking over the case while he was on a medical leave that he could be a witness because the alibi witnesses had said they wouldn’t support the defendant’s alibi. He didn’t explain how he obtained that information.

A detective discovered the Facebook discussion and provided it to the new prosecutor, who gave it to the defense. Because of the ruse, the prosecution was transferred to the state attorney general and Brockler was fired.

In the ethics case against him, Brockler admitted the ruse violated the ethical ban on conduct involving dishonesty, fraud, deceit or misrepresentation, but he argued an exception should be made for “prosecutorial investigation deception.” The Board of Professional Conduct rejected the argument, and the Ohio Supreme Court accepted the legal conclusion.

The one-year suspension will be stayed as long as Brockler engages in no further misconduct and pays costs of the proceeding. Chief Justice Maureen O’Connor dissented.

“I cannot implicitly condone the imposition of a negligible sanctions for his egregious misconduct,” O’Connor wrote.

Brockler tells the ABA Journal he is currently a criminal defense lawyer in private practice. Asked about O’Connor’s dissent, Brockler answered this way: “I have the utmost respect for every member of the Supreme Court, and I respect their ruling and respect their variety of opinions. I’m very satisfied with the outcome.”