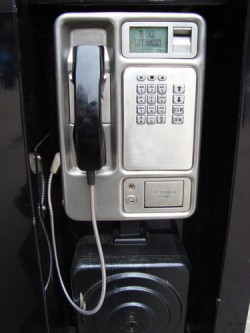 The Federal Communications Commission voted to restrict phone rates for calls made by prison inmates.

The measure, which comes after nearly a decade of petitioning by families and friends of inmates, will limit phone charges to 21 cents a minute for debit or prepaid calls and 25 cents a minute for collect calls, the Associated Press reports.

“For 10 years, the families and friends of inmates have been asking the FCC to ease the burden of an inmate calling rate structure. Their wait is finally over,” said FCC acting chairwoman Mignon Clyburn, according to the AP.

Historically, calls made from behind bars have cost inmates (who are not allowed cell phones) 50 cents to $3.95 to place calls, plus additional per-minute rates of anywhere from 5 cents to 89 cents. Their phone bills are typically footed by families, who are often poor, the AP notes.