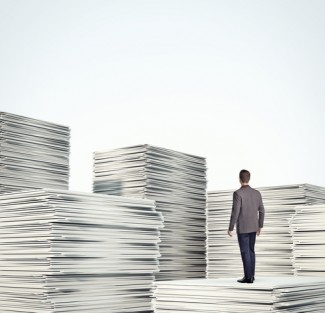 A federal judge in Washington, D.C., is demonstrating her impatience with pretrial document battles with a ruling titled “Order on One Millionth Discovery Dispute.”

U.S. District Judge Rosemary Collyer issued the order on Monday in a suit by a contractor, Caroline Herron, who says Fannie Mae illegally terminated her position because of her complaints about mismanagement. Law.com links to the order (PDF), calling it “a rare display of judicial sarcasm” for the judge.

“Much as the court admires the advocacy of counsel” Collyer wrote, “it is exhausted with these disputes.” Collyer said the parties were “inching towards the end of discovery, the time for which has been extended repeatedly.”

Collyer said her usual practice is to resolve discovery issues through a telephone conference, but in this case she would rule immediately. Collyer refused to order two Fannie Mae officials to submit to second depositions and said the plaintiff’s latest requests for documents were too broad.

Lynne Bernabei of Bernabei & Wachtel represents Herron. In an interview with Law.com, Bernabei confirmed this was not actually the one millionth discovery dispute, and said she understood the judge’s frustration.

“We have similar frustration that it’s taken this long to get through discovery,” Bernabei told Law.com.