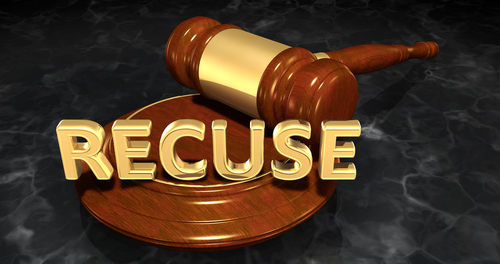 Chief U.S. District Judge Rodney Gilstrap of the Eastern District of Texas has acknowledged in court notices that he may have violated the law by failing to recuse himself in 138 cases.

The notices said the stock ownership “neither affected nor impacted Chief Judge Gilstrap’s decisions, if he in fact made any decisions, in this case.” Even so, parties receiving the notices can seek to reopen their cases and have then heard by new judges, the newspaper reports.

Gilstrap was one of 131 federal judges who failed to recuse themselves in cases involving companies in which they or their families owned stock, according to a Wall Street Journal investigation. Gilstrap was the judge with the most conflicts, the newspaper found.

Gilstrap had told the newspaper that he didn’t think he had to recuse himself in cases requiring that he take little or no action or when stocks were held in a trust created for his wife.

Plaintiffs in patent infringement cases often file in Gilstrap’s court in the Eastern District of Texas because of his rulings and court procedures.

“Gilstrap hears among the highest number of patent infringement cases in the U.S.,” the Wall Street Journal reports. “His disqualification notices could throw the docket of the small Texas courthouse into disarray, according to legal ethics and patent experts.”

Since the Wall Street Journal published its investigation of recusal failures, judges have now notified parties of recusal violations in a total of 509 cases.