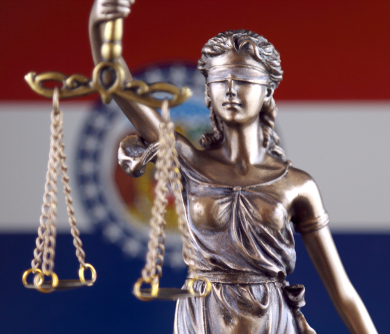 A federal judge in Missouri has refused to approve a consent decree that would have limited state public defenders to no more than 173.3 hours worth of cases each month, a standard that is based on a 40-hour workweek.

But the proposed consent decree is not the vehicle to ensure that Missouri and its public defender system provide constitutionally adequate representation, she said in a Jan. 27 decision. The Kansas City Star has coverage.

The consent decree provides that public defender offices should decline cases when doing so would cause any public defender’s caseload to exceed the monthly cap for caseload hours.

To avoid declining cases, the consent decree says, the public defender could advise the court of the situation, allowing the judge to either appoint private counsel; talk to the prosecutor about eliminating incarceration, which would eliminate the right to a public defender; or dismiss the case.

On the one hand, public defenders could be exposed to contempt charges if they accept too many cases. On the other hand, they could find themselves in trouble if they refuse a judge’s order to represent an indigent defendant, despite being over the caseload limit.

Laughrey also pointed out that the consent decree would have covered all indigent persons who are or who should be represented by public defenders in the state, even though she had refused to certify a class action in the case.

The plaintiffs in the case had been represented by public defenders who allegedly had inadequate time to prepare their cases. They had alleged that indigent defendants in the state aren’t receiving meaningful representation in violation of the Sixth Amendment.

The 8th U.S. Circuit Court of Appeals at St. Louis had previously ruled in the case that the state and its governor had immunity in the suit, leaving members of the public defense system as defendants.