Federal judge tossed from case for ‘immovable’ views, suggestion that US lawyers are lazy and arrogant

A controversial federal judge in Houston has been booted from a case once again by the 5th U.S. Circuit Court of Appeals at New Orleans.

In a May 6 opinion, the federal appeals court said U.S. District Judge Lynn Hughes of the Southern District of Texas had a “fixed and inflexible view of the case” and had made anti-government remarks. In one instance, he called government lawyers “blue-suited thugs.” In another, he referred to government lawyers as “retarded” and then said he takes back the comment because “retarded people have a justification.”

Hughes “packed the record with hostile remarks against the government and its attorneys,” the 5th Circuit said in its opinion by Judge E. Grady Jolly. “He repeatedly indicated that government attorneys, especially those from Washington, are lazy, useless, unintelligent or arrogant.”

The Houston Chronicle, Law360 and Courthouse News Service have coverage of the decision involving a criminal prosecution for providing material support to the Islamic State group.

Hughes was removed from two other cases since 2018, one involving a discrimination case and the other a fraud charge. 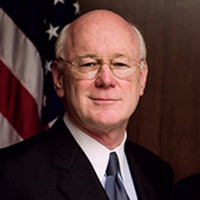 The latest case involved Asher Abid Khan, a 26-year-old former ISIS supporter and recent engineering graduate of the University of Houston. Khan had helped connect a friend to ISIS who apparently died in overseas fighting for the group. Khan planned to accompany his friend but returned home when his family lied, telling him that his mother had a heart attack and he had to return immediately.

Khan pleaded guilty to providing material support to a terrorist organization in December 2017 and was sentenced—twice—to 18 months in prison. The government had sought a 15-year sentence.

After the first sentence, the 5th Circuit said Hughes had wrongly concluded that Khan’s sentence did not deserve an upward enhancement for terrorism. On resentencing, Hughes said the enhancement did apply but Khan still deserved an 18-month sentence for several reasons, including his lack of a criminal record, his studies, his age and his volunteer work educating others about the dangers of radical jihadism.

The 5th Circuit ordered Khan to be resentenced by a different judge.

The 5th Circuit cited these remarks made by Hughes:

• “I could write a whole book with nothing but governmental abuse. Not all of it is the Justice Department. EPA and the Securities and Exchange Commission have their blue-suited thugs, too.”

• “Ordinary routine stuff does not get done because we’re spending all our resources with people like [then-U.S. Attorney General] Eric Holder at a podium holding press conferences on people he’s going to crush. … Those people ought to go get a shovel or a hoe and report to the nearest national park and start cleaning up paths.”

• “There are too many self-important retarded—I take that back; retarded people have a justification—who like nothing better than a headline that they can announce they’re going to get somebody, whether they … have a case or not.”

• “The phrase ‘public integrity’ in connection with the Justice Department is a contradiction.”

• Government attorneys in Washington “are back from lunch now. It is 1:00 in Washington, and they are only going to work until about 3:30.”

• “I know you all are useless government bureaucrats.”

“It was lot simpler when you guys wore dark suits, white shirts and navy ties,” Hughes had said. “We didn’t let girls do it in the old days.”

Hughes was also in the news in 2016 when he issued an “order on ineptitude” to express his displeasure with Department of Justice prosecutors.