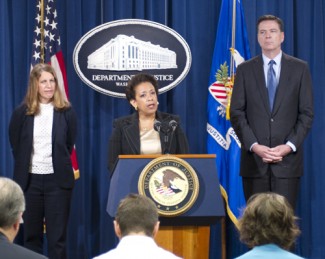 The FBI announced Thursday that 243 people, including nearly 50 health-care professionals, have been arrested in a record Medicare and Medicaid billing-fraud bust.

“They billed for equipment that wasn’t provided, for care that wasn’t needed, and for services that weren’t rendered,” said U.S. Attorney General Loretta Lynch in an FBI press release. Illegal kickbacks prohibited by federal law are also at issue in some of the cases.

Lynch said the sweep is “the largest criminal health-care fraud takedown in the history of the Department of Justice,” the Northville Patch reports.

Arrests were made in well over a dozen cities in California, Florida, Illinois, Louisiana, Michigan, New York and Texas.

Officials credited computer programs that can detect unusual patterns of billing activity for the scope of the sweeping bust, the Wall Street Journal (sub. req.) reports.

The Associated Press, The Atlantic, the Dallas Morning News, the Detroit Free Press, the St. Louis Post-Dispatch and WPLG also have stories.