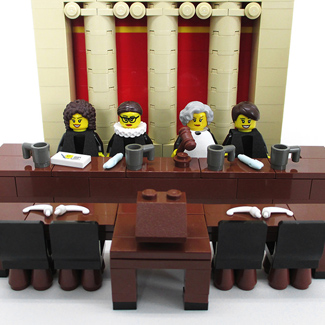 An editor and children’s media producer decided to celebrate International Women’s Day by creating LEGO replicas of the four female justices who have served on the U.S. Supreme Court.

Maia Weinstock, a deputy editor at MIT News, uploaded pictures of her creation to Flickr, report the Blog of Legal Times and Above the Law.

At her website, Weinstock says the set of custom-designed LEGO figurines “aims to celebrate the accomplishments of women in the legal realm, and to encourage girls and women to work toward high positions in the U.S. judicial system.”

The set is not available for purchase. “Please note that the set was already submitted to LEGO Ideas,” she writes, “but was rejected by the company for going against their ‘no politics or political symbols’ rule.” 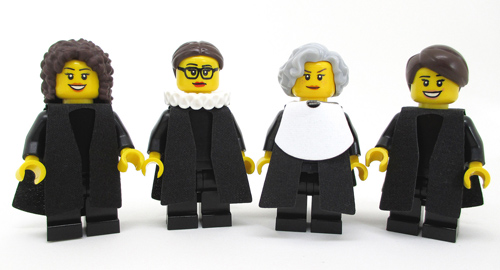