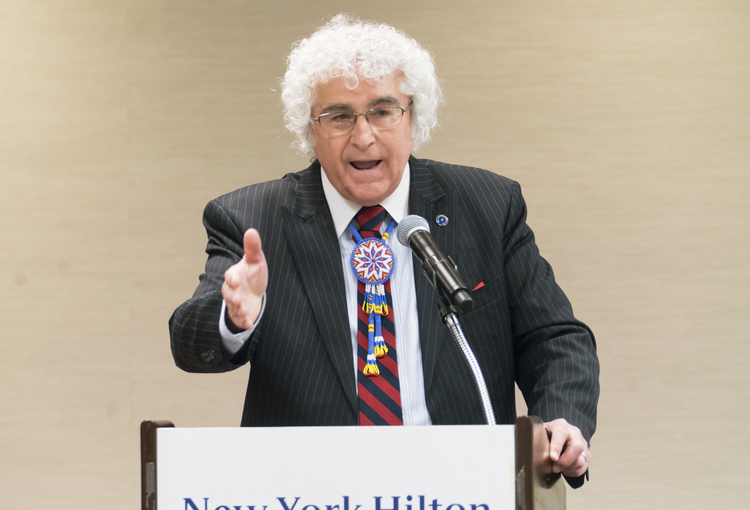 Civil rights lawyer Daniel Sheehan wasn’t even listed as a speaker for a water-rights program at the ABA Annual Meeting on Sunday, but he managed to get a round of applause when he called for removal of President Donald Trump and the election of a progressive president.

Filling in for a water-rights panelist who was unable to be there, Sheehan raised another environmental issue—climate change—and alleged that the Trump administration has been “captured by the petroleum industry” and was “sticking its thumb in the eye of the entire world.” He spoke at a program (PDF) called “From Standing Rock to Flint: Water Rights, Race and Resistance.”

Trump had been an investor in the Dakota Access Pipeline (he sold his stake in the company overseeing construction, according to CNBC), yet he went on to order the U.S. Army Corps of Engineers to grant the easement for the project, according to Sheehan, who is chief counsel for the Lakota People’s Law Project. 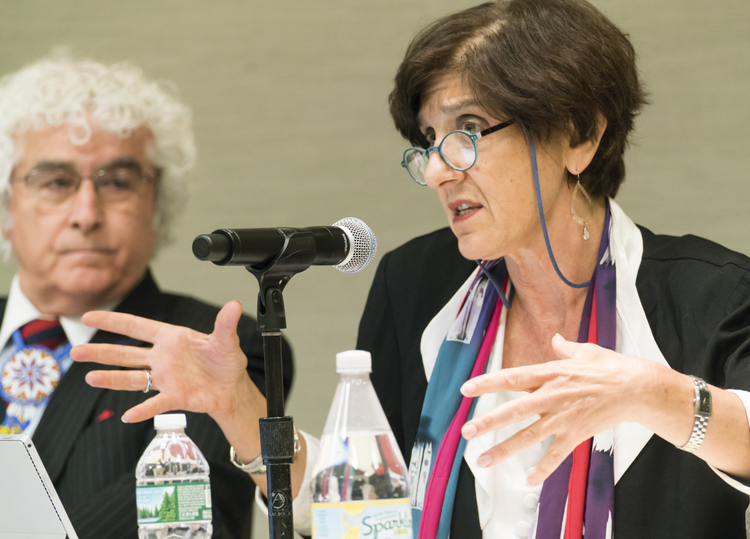 The pipeline, to be built on land bordering or under Lake Oahe, is opposed by the Standing Rock Sioux Tribe. The tribe fears a potential spill could harm its water supply and says the project will make the water spiritually impure. The tribe also argues the project will destroy sites of cultural and historical importance.

Thousands of protesters who tried to block the pipeline last year were met by private security police “in full battle regalia,” mounted on BearCats and wielding powerful water cannons, Sheehan said. In all, 834 protesters were arrested, he said.

The tribe saw some courtroom success in June, when a federal judge found the Army Corps had not adequately studied three major issues, according to another panelist, Jodi Gillette, a political appointee in the Obama administration who served as special assistant to the president for Native American Affairs in the White House Domestic Policy Council.

The issues needing more study were the impact on the tribe’s treaty rights to hunting and fishing, pipeline safety and environmental justice.

According to Gillette, the issue in the case is one of collective rights and tribal sovereignty: “What we really want is that self-determination.” 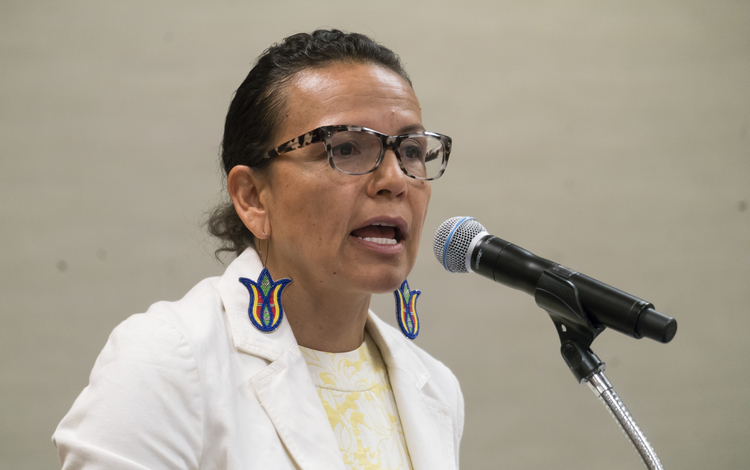 Jodi Gillette, a political appointee in the Obama administration who served as special assistant to the president for Native American Affairs in the White House Domestic Policy Council.

The government’s treatment of minorities is also at issue in the Flint, Michigan, water case, according to panelist Julie Hurwitz, whose legal team is serving as co-lead counsel in federal class action litigation stemming from the crisis. By her count, more than 64 class action and individual cases have been filed.

Water officials had switched Flint’s water supply in April 2014 from Lake Huron to the Flint River to save money, but didn’t treat the corrosive water to prevent lead from leaching into it. There were immediate complaints about the water’s taste and smell, as well as its apparent connection to rashes, hair loss and E. coli infections. But government officials reacted with deliberate indifference, she said.

A civil rights commission appointed to investigate the crisis concluded (PDF) that systemic racism played a role in causing the crisis.

Five government officials have been charged with involuntary manslaughter in the death of an 85-year-old man who died from Legionnaires’ disease, which is believed to be tied to the water. 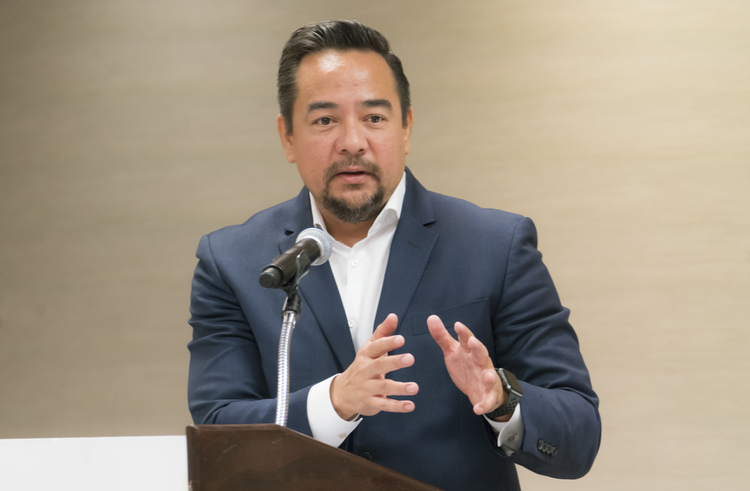 Panelist Keith Harper, a partner at Kilpatrick Townsend involved in Native American litigation, says the Flint and pipeline cases are “harbingers of conflict in the future.” Water represents life, he said, and “this is increasingly going to become an issue of contention because water is so vital.”

Sheehan urged those in the room—as well as the ABA—to raise the alarm about the water rights issues: