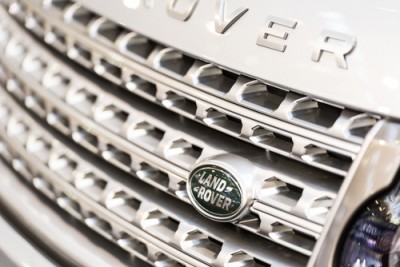 The Indiana Supreme Court has ruled that a convicted drug dealer who challenged the forfeiture of his Land Rover before the U.S. Supreme Court should get his vehicle back.

The state supreme court ruled for Tyson Timbs, reasoning that the forfeiture is unconstitutional because the seizure of his vehicle amounted to an excessive fine, the Indianapolis Star reports.

How Appealing links to the June 10 opinion.

The state supreme court used a two-part analysis. First, it considered whether the property seized was an “instrument” of the crime committed. The state won on that prong because Timbs had used the Land Rover to transport the first heroin that he sold to undercover officers for $225. The second drug sale, made on foot, was for $160.

But the state lost on the proportionality prong.

Timbs had purchased the Land Rover, worth at least $35,000, with life insurance proceeds that he received after his father died. He spent the rest of the money, about $30,000, on heroin. Most of the miles that Timbs put on his Land Rover were from out-of-town trips to buy the drug. Later, an acquaintance asked Timbs whether he would sell some heroin.

Timbs agreed. He made the two drug sales to a person who turned out to be an undercover officer. Police arrested Timbs as he was on his way to a third planned buy. Timbs pleaded guilty to drug dealing and conspiracy to commit theft. He spent one year on home detention and five years on probation. His costs and fees amounted to about $1,200.

The maximum fine for the offense was $10,000, and the maximum sentence was 20 years in prison.

Timbs participated in treatment programs and successfully completed his sentence. He has held down several jobs but has to use his aunt’s car to get to work.

“We conclude that the $35,000 market value of the vehicle and the other sanctions imposed on Timbs point to the punitive, rather than remedial, nature of the forfeiture,” the Indiana Supreme Court said. “It’s appropriate to evaluate the market value of the forfeiture relative to the owner’s economic means—because ‘taking away the same piece of property from a billionaire and from someone who owns nothing’ do not reflect equal punishments,” the state supreme court said, quoting a prior opinion.

“To be sure, the Land Rover’s forfeiture is not unconstitutional just because Timbs was poor,” the Indiana Supreme Court said. “Or because he suffered from addiction. Or because he dealt drugs to an undercover officer and not someone who would use them. And it’s not simply because the vehicle’s value was three-and-a-half times the maximum fine for the underlying offense. Or because he received the minimum possible sentence for his crime and wasn’t a sophisticated, experienced dealer. Or because the car, his only asset, was essential to him reintegrating into society to maintain employment and seek treatment. Rather, it’s the confluence of all these facts that makes Timbs the unusual claimant who could overcome the high hurdle of showing gross disproportionality.”

Timbs was represented by the Institute for Justice.

A June 10 press release is here.

Wesley Hottot, a senior attorney at the Institute for Justice, argued Timbs’ case before the Supreme Court.

“Today’s ruling brings to a close Indiana’s crusade to confiscate one man’s car,” Hottot said in the press release. “The state’s relentless use of its forfeiture machine has been a deeply unjust exercise of power, and it underscores that civil forfeiture is one of the greatest threats to property rights in the nation today.”