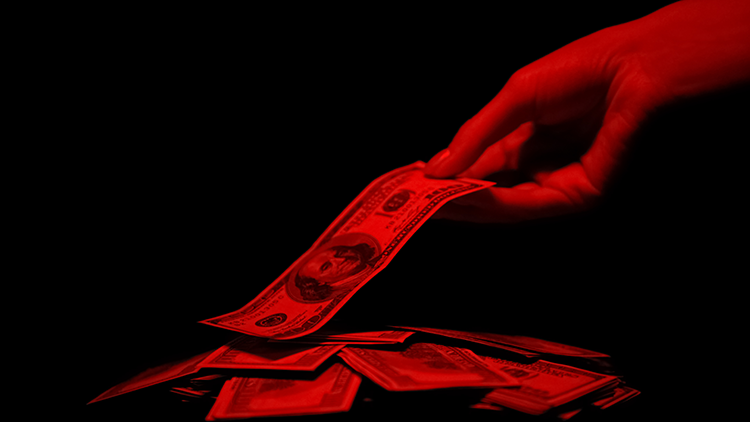 Cherie Anne Washburn, 45, engaged in a scheme to defraud and obtain money or property through fraudulent pretenses from two of her elderly clients, according to the U.S. Attorney’s Office in the Western District of Virginia. She allegedly used the money to purchase real estate and make charity donations.

“This defendant held herself out as an attorney specializing in helping elderly clients,” Acting U.S. Attorney Daniel P. Bubar said in a statement on Friday. “Instead, when hired by the victims in this case, she exploited the trust that was placed in her to use her clients’ money as her own and caused great harm to her victims.”

The News & Advance, WDBJ 7 and CBS19 News have coverage.

In 2015 and 2016, a senior care management service company referred two individuals to Washburn, who then entered into separate power of attorney agreements with them. According to the U.S. attorney’s office, Washburn was entitled to reasonable compensation and reimbursement for services rendered under the agreements but could not use the personal property of her clients.

Washburn wrote multiple checks and made wire transfers ranging from $3,025 to $45,000 from her clients’ accounts to herself for personal benefit. According to the U.S. attorney’s office, she also attempted in 2017 to make herself the beneficiary of two accounts held by one of her clients that had a combined value of about $288,000.

In 2018, the U.S. attorney’s office said Washburn agreed to purchase a residence in Lynchburg for about $219,000 using money belonging to that client and a mortgage lender. She submitted a letter to Quicken Loans falsely claiming she was her client’s great-niece and had been gifted $40,000 to help purchase the residence.

Washburn received her law license in 2011 and worked in a Roanoke, Virginia-based civil firm before serving as a prosecutor in Appomattox County and Campbell County, according to the News & Advance. She went into private practice in June 2015.

During Friday’s hearing, where she pleaded guilty to two counts of wire fraud and one count of making a false statement to a mortgage lender, Washburn said she intended for her client to move into the house she bought with that client’s money. The News & Advance also said Washburn told the court that her client felt like family.

“I was overwhelmed at that time,” Washburn said. “I was not keeping good records or notes and I transferred some of her money to cover some of my personal expenses. I always intended to pay it back. I know that that was wrong.”

Washburn now faces up to 30 years in prison.