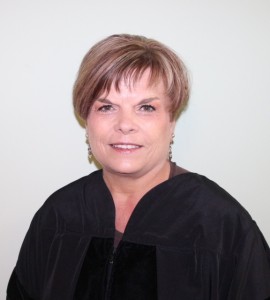 The publisher of a now-shuttered weekly newspaper and his lawyer have filed a federal lawsuit against a Georgia judge that alleges she “sought revenge” for their requests for court spending records by pressuring prosecutors to bring charges against them.

The malicious prosecution suit was filed on Monday against Judge Brenda Weaver, the chief judge of the Appalachian Judicial Circuit, report the Atlanta Journal-Constitution and Law.com.

The plaintiffs are Mark Thomason, former publisher of the Fannin Focus, and his lawyer, Russell Stookey. Both men were arrested in June 2016.

Thomason was charged with making a false statement for his claim in a records request that he was seeking copies of checks that were “illegally” cashed. Thomason and Stookey were also charged with identity fraud and attempted identity fraud in connection with their securing a subpoena for bank records for Weaver’s office. Thomason had maintained she didn’t get proper notice of the subpoena, while the suit says the notice to Weaver complied with Georgia law.

The prosecutor moved to dismiss the charges in July 2016.

Last September, the state’s Judicial Qualifications Commission found no ethics violation by Weaver. The commission said it would not participate in “a thinly veiled attempt” to harm her. Weaver had been chair of the JQC, but she stepped down after the complaint was filed against her.

The federal suit claims Weaver directed her law clerk to research possible criminal charges that could be brought against Thomason and Stookey, and conducted a coordinated investigation with the district attorney.

The suit says Weaver had demanded an investigation because she “was enraged and personally offended” by the request for records about checks that could have been illegally cashed.

When a grand jury initially failed to return an indictment, Weaver “improperly influenced” the district attorney and several grand jurors in the courthouse hallway to indict Thomason and Stookey, the suit alleges. Grand jurors then returned an indictment as a result of “unlawful influence” by Weaver, the suit says.

Weaver did not respond to Law.com’s request for comment.