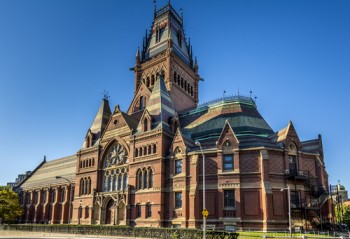 In a federal lawsuit challenging Harvard University’s admission policies toward Asian-Americans, plaintiffs are seeking to introduce evidence about how the Ivy League school discriminated against Jewish applicants in the early 20th century.

The current lawsuit focuses on discrimination against Asian-American applicants, Harvard Crimson reports. In June, the plaintiffs claimed the university depressed the number of Asian-American admittees, partly by giving them lower ratings for likability and other personality traits. According to a court filing, Students for Fair Admissions analyzed admissions data from more than 160,000 applicants between 2000 to 2015.

In regards to Jewish applicants, Abbott Lawrence Lowell, a former university president, in the 1920s unsuccessfully tried to create hard quotas limiting the number of those students admitted, the Crimson reports. The university did not adopt the suggested hard quotas, but limited Jewish admittees based on ethnicity. The university is seeking to keep that evidence out of the lawsuit, which is in the Boston-based U.S. District Court for the District of Massachusetts, on the basis that the behavior occurred almost a century ago and is not related to allegations in the current case.

Meanwhile, plaintiffs are trying to keep out defense witnesses who are current students or alumni, arguing they have no personal knowledge about the university’s admissions policies, and don’t pay a role in setting such policy.

Three students and three alumni asked to testify in support of the admissions policies on behalf of 25 student organizations, Crimson reported in an earlier article. The groups, including the Asian American Association, the Black Students Association and Fuerza Latina, filed a brief with the case in August, arguing that the university’s use of affirmative action in admissions is needed to carry out its mission.

On Aug. 30 the U.S. Department of Justice filed statement of interest in the case.

“Harvard admits that, on average, it scores Asian-American applicants lower on the personal rating than white applicants,” the DOJ filing says. “Yet when an internal Harvard report pointed out that the personal rating may be infused with racial bias and sought authorization to study the issue further, Harvard buried it.”

Then-Harvard president Drew Faust said in June that the plaintiffs are relying on “misleading, selectively presented data taken out of contest.” A statement put out by Harvard said the Justice Department was “recycling the same misleading and hollow arguments that prove nothing more than the emptiness of the case against Harvard.”

In the Supreme Court’s 2013 hearing of Fisher v. University of Texas, the opinion held that the Equal Protection Clause of the 14th Amendment permits the consideration of race in undergraduate decisions only under a standard of strict scrutiny. It was a 7-1 opinion, with a dissent written by Justice Ruth Bader Ginsburg. She found that the University of Texas treated race as a factor in admission decisions, which was permissible under previous judicial precedent. In 2016, the court found in a 4-3 opinion that the university’s procedures met the standard of strict scrutiny.

A trial date is set for Oct. 15, according to the Crimson.

Updated at 8:09 to include additional information about Fisher v. University of Texas; edits headline at 8:21 a.m.

Previous:
Is PwC building the flexible law firm of the future?

Next:
Hackers are increasingly gaining access to systems to mine cryptocurrency, report finds