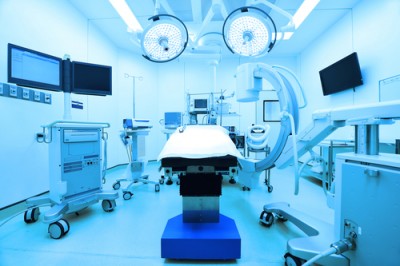 An Arkansas woman who contends she was scared into surgery to remove vaginal mesh to bolster her position in litigation has filed a lawsuit against her former law firm and the litigation funding company that financed the operation.

Allegations in the suit by Jerri Plummer highlight how plaintiffs in suits against medical device makers are receiving money for removal surgeries, the New York Times reports.

Plummer says she received a phone call telling her the mesh implant supporting her bladder needed to be removed because it was defective, her lawsuit alleges. The caller allegedly told Plummer that she could die if she didn’t act quickly. The caller said Plummer’s surgery expenses would be covered, and a lawyer could help her sue the mesh manufacturer, the suit says.

Plummer had the surgery days later in a medical office in an Orlando, Florida, shopping mall. She says she has chronic incontinence as a result of the surgery and must wear diapers.

“Just like that,” the New York Times reports, Plummer “had stumbled into a growing industry that makes money by coaxing women into having surgery—sometimes unnecessarily—so that they are more lucrative plaintiffs in lawsuits against medical device manufacturers.

“Lawyers building such cases sometimes turn to marketing firms to drum up clients. The marketers turn to finance companies to provide high-interest loans to the clients that have to be repaid only if the clients receive money from the case. Those loans are then used to pay for surgery performed by doctors who are often lined up by the marketers.”

According to the Times, hundreds and perhaps thousands of women “have been sucked into this assembly-line-like system.”

Studies cited by the Times show that up to 15 percent of women with mesh implants will have some problems, but surgery to remove the mesh isn’t necessarily the best option. Removal is complicated because the mesh is designed to bond with tissue.

Plummer is suing her former law firm, McSweeney Langevin of Minneapolis, along with the funding company, Brooklyn, New York-based LawCash; and the doctor who performed the removal surgery.

Many of McSweeney Langevin’s early clients were signed up by a law and marketing firm, Alpha Law, which no longer exists. It had signed up 14,000 women for mesh litigation.

A McSweeney Langevin co-founder, Rhett McSweeney, said in a statement given to the Times that it never forced clients to have unnecessary surgery and it never directed a client to a particular doctor. He also said the firm had no role connecting clients with surgery-funding companies such as LawCash.

The general counsel of LawCash, Lew Fidler, said little of the company’s business involves financing surgical procedures. When it makes those loans, it ensures the surgery is necessary, he said.