Illinois bans practice of lying to minors during police interrogations 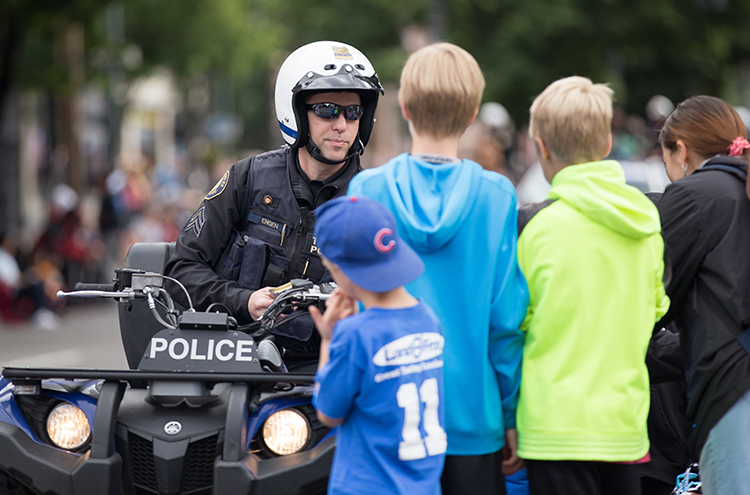 Illinois is now the only state in the country that prohibits police from lying to minors during interrogations.

Gov. J.B. Pritzker signed into law Thursday a measure that bans deceptive tactics, such as knowingly communicating false facts about evidence or promising leniency without authorization, when questioning individuals who are under the age of 18.

The law, which takes effect Jan. 1, also states that any oral, written or sign language confession made under these circumstances will be inadmissible in court unless prosecutors can prove “by a preponderance of the evidence that the confession was voluntarily given.”

Laura Nirider, co-director of Northwestern University Pritzker School of Law’s Center on Wrongful Convictions, said Thursday that many minors have been deceived into giving false confessions.

“In Illinois alone, we know of 100 wrongful convictions that have been based on false confessions,” Nirider said, according to the Chicago Tribune. “And in 31 of those cases, the person who falsely confessed was a child. Many children who falsely confess do so because they are told downright falsehoods during interrogation, statements like, ‘Your DNA was found at the scene,’ or, ‘If you confess, you’ll get to go home.’”

Terrill Swift, one of the “Englewood Four,” spent 15 years in prison after falsely confessing to the 1994 rape and murder of a Chicago woman. He was eventually freed after DNA evidence tied the crime to a convicted murderer and sex offender.

Swift attended Thursday’s bill signing, and as the Chicago Tribune reports, said “we can all agree that one day in prison wrongfully is too long.”

Pritzker, a Democrat, signed three other bills focused on criminal justice reforms into law Thursday. They encourage the use of restorative justice practices; allow a state’s attorney to petition for resentencing if the sentence of an individual no longer advances the interest of justice; and create the Resentencing Task Force Act to study ways to help reduce the prison population in Illinois.

“The four bills I’m signing today advance the rights of some of our most vulnerable in our justice system and put Illinois at the forefront of the work to bring about true reform,” Pritzker said in a statement Thursday. “Together, these initiatives move us closer to a holistic criminal justice system, one that builds confidence and trust in a system that has done harm to too many people for far too long.”

In February, Illinois’ governor signed other criminal justice reforms into law, including those that end cash bail in 2023 and require all police to wear body cameras by 2025.