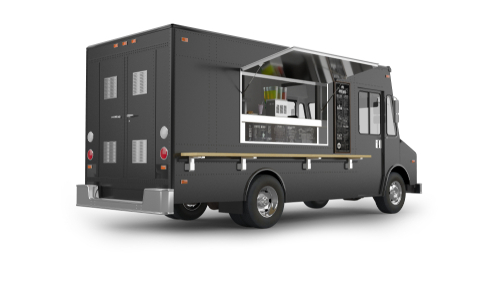 A cupcake entrepreneur has lost her constitutional challenge to Chicago’s food truck regulations before the Illinois Supreme Court.

The state high court rejected constitutional claims by Laura Pekarik, who operated a food truck called Cupcakes for Courage. Pekarik was represented by the Institute for Justice, according to a press release. The Chicago Tribune and the Cook County Record have coverage of the unanimous May 23 opinion.

The Chicago regulations generally ban food trucks from operating within 200 feet of restaurants and require the trucks to carry GPS tracking devices that transmit location information to a service provider.

The city created some areas for food truck stands, however, where the 200-foot rule doesn’t apply. And there is no requirement that the food trucks transmit their location data to the public.

The tracking information must be kept for at least six months. The city can access the information to check compliance with the ordinance and in other specified situations, including in investigations of unsanitary or unsafe conditions.

Only a few U.S. cities have a GPS requirement, according to the Institute for Justice.

Pekarik’s lawyers had argued that the 200-foot rule violated the Illinois Constitution’s equal protection and due process clauses because it unreasonably favors brick-and-mortar restaurants. Her lawyers also maintained that the GPS requirement constituted a continuous, unreasonable, warrantless search that violated another provision of the state constitution.

The Illinois Supreme Court used a rational basis test to evaluate the restrictions. The court said brick-and-mortar restaurants pay property taxes, bring stability to neighborhoods and can serve as tourist destinations. The 200-foot rule is rationally related to these legitimate interests, the court said.

The court also found that the GPS requirement doesn’t constitute a search. If it did, the requirement is reasonable in an industry that’s traditionally closely regulated, the court said.

“The GPS system is the best and most accurate means of reliably locating a food truck, which is particularly important and necessary in the event of a serious health issue,” the court said.

The lead counsel for Pekarik is senior attorney Robert Frommer of the Institute for Justice. “Today’s ruling doesn’t protect public safety; instead, it protects brick-and-mortar restaurants from honest competition,” he said in a press release.

He also said the GPS requirement forces people to choose between a right to privacy and a right to work.

The case is LMP Services v. City of Chicago.