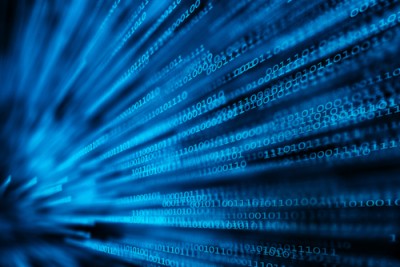 The county that includes Chicago may be the first government entity to sue over Cambridge Analytica’s use of Facebook data for use in federal election campaigns.

Cook County, Illinois, claims in a lawsuit filed on Friday that the use of information from more than 50 million Facebook users, including millions in the state, violated the Illinois Consumer Fraud and Deceptive Business Practices Act. Ars Technica and the Chicago Tribune covered the suit, filed on behalf of Illinoisans in Cook County circuit court against Facebook, Cambridge Analytica and Cambridge Analytica’s parent company.

Facebook’s platform “has essentially become a data aggregation machine disguised as a social network,” the lawsuit says. Cook County is Illinois’ most populous county and the second-largest county by population in the United States, according to the U.S. Census Bureau in 2017.

Ars Technica reports that six other cases are pending in federal court, while the Tribune says there are at least five pending federal lawsuits. Suits have claimed violations of user privacy and breaches of duties to shareholders. The Federal Trade Commission is also investigating.

The lawsuits followed a report by the New York Times and the Observer of London that said Cambridge Analytica acquired the information from a researcher who told Facebook he was using the information for academic purposes.

According to the Cook County suit, the Cambridge Analytica researcher collected information from about 270,000 American voters who downloaded an app and took a personality quiz. The company then acquired information about the 270,000 people from Facebook as well as information about all of their friends, amounting to a “data grab of 40 million users,” the suit says.

When Facebook learned the information was being used in elections, the company asked Cambridge Analytica to delete the data, but didn’t confirm that it actually happened, according to news coverage.

Cambridge Analytica used its information to identify “the most persuadable voters” and to target them with fake news during the 2016 presidential campaign, the suit says. The company had worked on Donald Trump’s campaign.

According to the Washington Post and the Times, election lawyer Laurence Levy of Bracewell & Giuliani had warned Cambridge Analytica against allowing noncitizens to provide high-level advice to candidates, pointing to laws limiting the involvement of foreign nationals in U.S. elections. Yet dozens of noncitizens provided advice to Republican candidates in 2014, according to the articles.

Next:
Vote for your favorite 2018 Peeps in Law diorama