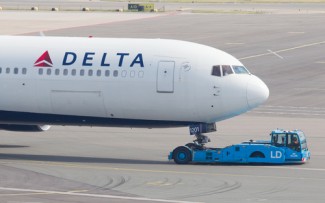 Now two insurance companies that covered the loss to the airline companies, less a $1 million deductible, are suing the imprisoned pair in an effort to recover $47 million in claimed damages, Courthouse News reports.

They were also ordered by a federal judge in Atlanta to pay $37.1 million in restitution. However, Axis Insurance and Federal Insurance are seeking more in the civil litigation against the two men, alleging that $47 million represents the total amount taken.

Anderson, a longtime employee of Northwest and then Delta after the two airlines merged in 2008, was in charge of its radio group and oversaw services provided by radio-related vendors. He allegedly approved some $47 million in invoices over a 20-year period, starting in 1992, for goods and services that were not provided by a company operated by Yedor. Once Yedor got paid, he gave kickbacks to Anderson.

The two men were charged and convicted after a former bookkeeper for Yedor blew the whistle to the airline.