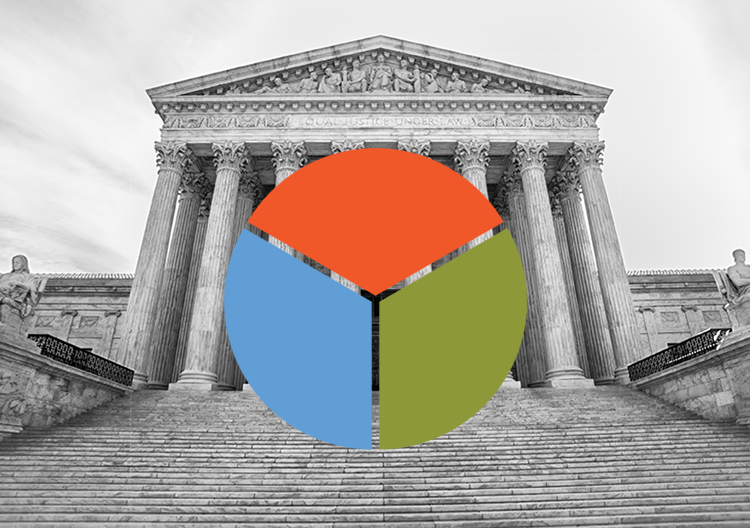 In another case with an unusual lineup, the U.S. Supreme Court partly ruled for Goldman Sachs on Monday in a securities class action alleging the investment bank made generic statements that maintained its inflated stock prices.

In an opinion by Justice Amy Coney Barrett, the court ruled that Goldman Sachs should get another chance to argue that the generic nature of the statements had no price impact and the case should not be certified as a class action. But the Supreme Court ruled against Goldman Sachs’ argument the plaintiffs had the burden of persuasion on price impact.

Three conservative justices—Neil M. Gorsuch, Clarence Thomas and Samuel A. Alito Jr.—did not join the portion of Barrett’s ruling favoring the plaintiffs. The split is in keeping with other opinions in which conservatives Roberts, Barrett and Kavanaugh are emerging as a more moderate wing of the court, noted in prior coverage by CNN, the New York Times and the Volokh Conspiracy.

In the Goldman Sachs case, the plaintiff pension funds alleged the bank hid conflicts of interest when it created risky mortgage-related securities before the 2008 economic downturn.

The plaintiffs alleged Goldman Sachs maintained an inflated stock price through misleading statements about its business practices. Among the targeted statements: that Goldman had “extensive procedures” to address conflicts of interest, that its clients’ interests “always come first,” and that “integrity and honesty are at the heart of our business.”

Goldman had argued the New York-based 2nd U.S. Circuit Court of Appeals made two mistakes. First, Goldman argued, the appeals court wrongly held that the generic nature of the alleged misrepresentations was irrelevant in assessing price impact. Second, Goldman said, the appeals court wrongly assigned Goldman rather than the plaintiffs the burden of persuasion on price impact at the class certification stage.

The Supreme Court ruled for Goldman on the first argument, saying the 2nd Circuit “may not have properly considered the generic nature of Goldman’s alleged misrepresentations.” The price impact should be reassessed on remand, Barrett wrote in her opinion.

“The generic nature of a misrepresentation often will be important evidence of a lack of price impact, particularly in cases proceeding under the inflation-maintenance theory,” Barrett wrote. “On remand, the 2nd Circuit must take into account all record evidence relevant to price impact, regardless whether that evidence overlaps with materiality or any other merits issue.”

On the second question, Barrett wrote, the defendants “bear the burden of persuasion to prove a lack of price impact by a preponderance of the evidence.”

“Although the defendant bears the burden of persuasion, the allocation of the burden is unlikely to make much difference on the ground,” Barrett wrote.

“In most securities-fraud class actions, as in this one, the plaintiffs and defendants submit competing expert evidence on price impact. The district court’s task is simply to assess all the evidence of price impact—direct and indirect—and determine whether it is more likely than not that the alleged misrepresentations had a price impact. The defendant’s burden of persuasion will have bite only when the court finds the evidence in equipoise—a situation that should rarely arise.”