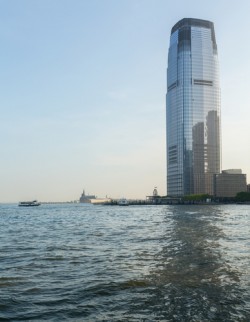 The U.S. Supreme Court on Friday accepted a case that could limit securities class actions against companies that make generic statements about integrity before a drop in stock prices.

The court agreed to consider whether to allow a class action that claims that Goldman Sachs hid conflicts of interest when it created risky mortgage-related securities before the 2008 economic downturn, report Reuters and Pensions & Investments. Three pension plans are plaintiffs in the suit.

The suit says Goldman Sachs misled investors with statements such as, “Our clients’ interests always come first,” and that it has “extensive procedures and controls that are designed to identify and address conflicts of interest.”

The suit is partly based on a mortgage investment created by Goldman Sachs known as Abacus 2007-AC1, which was allegedly likely to decline in value. The investment was created with the help of a hedge fund that made $1 billion by essentially betting the packaged mortgage securities would fail. The bet was made through credit default swaps.

In 2010, Goldman Sachs agreed to pay $550 million to settle a lawsuit filed by the U.S. Securities and Exchange Commission that contended that the investment bank misled investors about the risky mortgage-related securities.

At issue in the Supreme Court case is whether a securities defendant can rebut a presumption that the class relied on alleged misleading statements by pointing to their generic nature. The cert petition is here.