Judge accuses Arizona GOP of 'gaslighting' him, orders $18K payment for 'flimsy excuses for a lawsuit' 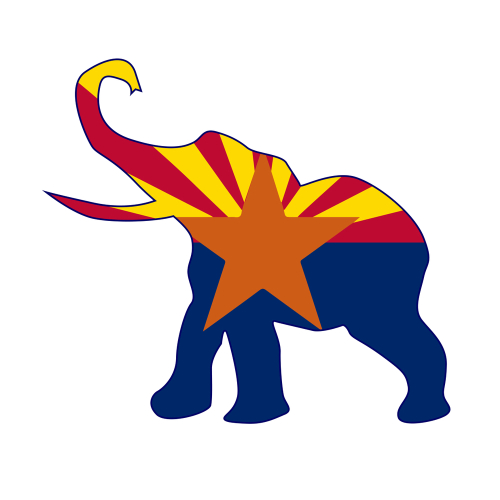 An Arizona judge has ordered the Arizona Republican Party and its lawyers to pay more than $18,000 in attorney fees for filing a “groundless” lawsuit seeking a hand count audit of votes in the 2020 presidential election that differed from the method established by the secretary of state.

Judge John Hannah Jr. of Maricopa County, Arizona, said he had no power to order a new audit method. The court “is not a roving commission to declare the law and order people to follow it,” Hannah said.

Hannah said an election challenge based on a procedural statute must allege that fraud happened or that the results would be different if proper procedures were followed. The GOP did not allege fraud, saying it merely wanted to audit the results “to ensure voter confidence and integrity.”

The Republicans were seeking a second audit in which ballots are compared to machine tallies. In a first audit at voting centers where individuals from any precinct can vote, the audit showed the match to be “flawless,” Hannah said. The GOP wanted a second audit at the more numerous precincts.

“The idea, as best the court could figure it out, was that that precinct-by-precinct hand counts would reveal precincts where the number of votes exceeded the number of registered voters,” Hannah said. “These were flimsy excuses for a lawsuit. The hand count is not meant to create data points for political parties to ‘cross-check with other voter registration data,’ ” he said, citing another decision.

Rather, the purpose is to compare the hand count audit to the machine count to ensure that the machines are working properly.

Hannah said the GOP has now retreated from its request for a precinct audit and is distancing itself from its own arguments. He cited the GOP’s statement that its requests for precinct audits were merely offered as “hypotheticals” to satisfy the court’s demand for actual fraud.

“The plaintiff is not characterizing either its litigation posture or the court’s inquiry honestly,” Hannah wrote. “The court’s questions addressed the plaintiff’s own arguments. For the plaintiff to suggest otherwise is gaslighting. It evinces a lack of good faith.”

Hannah also cited the GOP’s statement in response to the sanctions motion that the lawsuit was motivated by public mistrust following the election.

Hannah said the GOP has effectively admitted that the suit was brought for an improper purpose because public mistrust “is a political issue, not a legal or factual basis for litigation.”

A lawyer representing the GOP, Jack Wilenchik, told publications covering the decision that he would appeal.

“An order like this only serves to stop plaintiffs from rightfully invoking the courts to hear their issues, and it encourages public distrust in the government for being openly hostile to them,” Wilenchik told Capitol Media Services. “For a county judge to say that widespread public mistrust in an election is an ‘improper’ reason for a political party to be in his court is sorely disrespectful to the view of the many Americans whom I am proud to represent.”