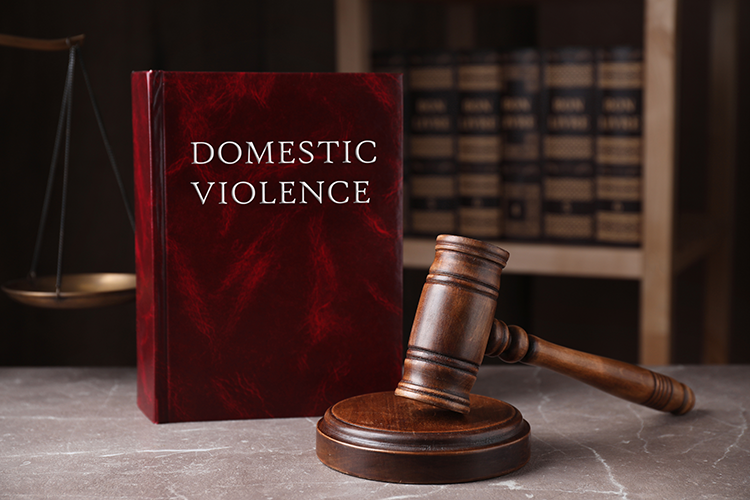 A New Jersey judge has been suspended for a month without pay for his advice to a domestic violence suspect on how to treat women.

The New Jersey Supreme Court ordered the suspension of Judge Steven Brister in an order filed on Sept. 16, report Law.com, the Associated Press and Law360. The suspension was to begin on Sept. 22.

Brister had told the suspect during a February 2019 hearing that he can’t punch women. “At best, you treat as if you’re holding a feather, just to let them know you’re the man and you’re in control,” he said.

Brister’s remarks in Newark Municipal Court were well-intentioned but “sexist and misogynistic,” according to a December 2020 presentment by the New Jersey Supreme Court’s Advisory Committee on Judicial Conduct.

Brister told the suspect that men get frustrated with women. Women were created as a curve, he said, “but we as men, we think we are above creation and we can straighten it out. No matter how much you try, or how you try to straighten out that curve, you can never do it.

“We get frustrated and then—but, in our frustration you can’t come at them like you’re Mike Tyson and they’re in the ring like they’re Leon Spinks. You can’t do it. You can’t punch, you can’t hit.

“At best, you treat as if you’re holding a feather, just to let them know you’re the man and you’re in control. But in each of these five complaints it said you went at them like Mike Tyson.”

The committee said Brister’s religious remarks were “inappropriate and wholly misplaced in a court of law.” His remarks on how to treat women “had the clear potential to suggest that the judge possessed a bias against women,” the committee said.

Brister’s “disparaging comments towards women created the appearance of a bias and impugned the integrity of the judiciary and the judicial process,” the committee said. “These remarks tarnished the dignity and solemnity of the courtroom proceeding.”

The committee noted that Brister had previously received a private letter of censure for an appearance of bias in favor of a litigant of Brister’s same faith. In the earlier matter, Brister “demonstrated an alarming insensitivity” to perceptions of bias “engendered by his stated belief that a litigant appearing before him possessed virtuous qualities because of their shared faith,” the committee said.

In mitigation, the committee said Brister showed remorse and his remarks to the domestic violence suspect were a good-faith attempt to discourage violence.

Brister serves as an acting judge in Newark Municipal Court on an as-needed basis and as part-time judge in East Orange Municipal Court. He says he has undergone training and counseling from his presiding judge and from a former municipal judge.