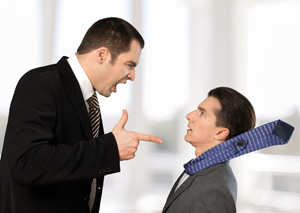 On Wednesday, a New Jersey judge refused to remove a 97-year-old lawyer from a Bergenfield murder case following a courtroom outburst last Thursday.

But Judge Christopher Kazlau restricted the lawyer’s involvement in the case, NorthJersey.com reports. Frank Lucianna, New Jersey’s oldest active trial attorney, will be only allowed to give opening statements and question two witnesses.

Lucianna had berated the lawyer for a co-defendant in the case during jury selection last week, chastising him for “not knowing what he was doing,” according to NorthJersey.com. The judge dismissed six seated jurors as a result of Lucianna’s comments.

Lucianna apologized to the judge Wednesday, while arguing that prosecutors were seeking to kick him off the case “because if I represent this lady she’s going to be found not guilty. That’s what this is about.”

Lucianna represents Adrienne Smith, who is accused of killing her husband in December 2016. Smith’s brother, Orville Cousins, is accused of helping dismember and dispose of the body. The body parts were mixed with concrete and stuffed in containers, police said.

The Rockland/Westchester Journal News described Lucianna as the “dean of the criminal bar in Bergen County” in a story published last June. Two of his daughters are also lawyers. His daughter Diane practices with him at Lucianna & Lucianna, while his daughter Nancy has her own criminal defense practice.

Diane Lucianna described her father as “the Energizer Bunny” in an interview with the Rockland/Westchester Journal News. “He never stops,” she said.

The story notes that Frank Lucianna is “known for waving his arms and being over-the-top” while defending clients. Diane Lucianna explained the reason why in the interview.

“He always said to me: ‘You got to keep the judge’s attention even if you go a little crazy because sometimes they’re sleeping up there,’ ” she said.