Judge on top New York court is now 'ready and eager' to get vaccinated; is chief judge vacancy a factor? 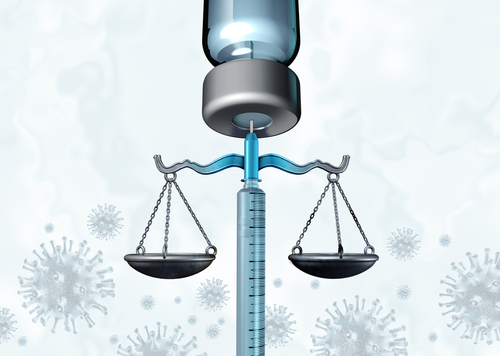 A judge on New York’s top court has announced a change in vaccination plans after being banned from the courthouse because of her refusal to get the COVID-19 vaccine.

Judge Jenny Rivera of the New York Court of Appeals said she plans to get vaccinated with the Novavax COVID-19 vaccine, Law.com reports.

Rivera had been participating remotely in oral arguments because of the courthouse ban. She also faced possible discipline after a court spokesperson said judges out of compliance with the vaccine mandate were subject to a possible referral to the New York State Commission on Judicial Conduct.

Rivera said in a statement Tuesday she did not get vaccinated in the past because of “concern for personal health issues.” 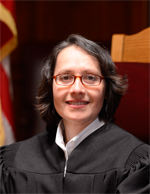 “My doctors have confirmed that the recently approved Novavax COVID-19 vaccine does not present any health-related risks to me, and I am ready and eager to receive this vaccine as soon as it is publicly available,” she said in the statement.

Law.com suggested that there could be another factor in Rivera’s new decision. New York Chief Judge Janet DiFiore has announced that she is resigning at the end of August, creating a vacancy that is usually filled on an acting basis by the most senior judge on the court.

Rivera is the longest-serving judge on the court.

The New York Court of Appeals discussed DiFiore’s acting successor in closed sessions last week but did not achieve consensus, Law360 reported at the time.

“No resignation letter has been filed, no acting chief chosen, and the judges have left the courthouse,” Gary Spencer, spokesperson for the New York Court of Appeals, told Law360.

As of Tuesday, DiFiore still had not submitted her resignation to the clerk of the court, Spencer told Law.com.