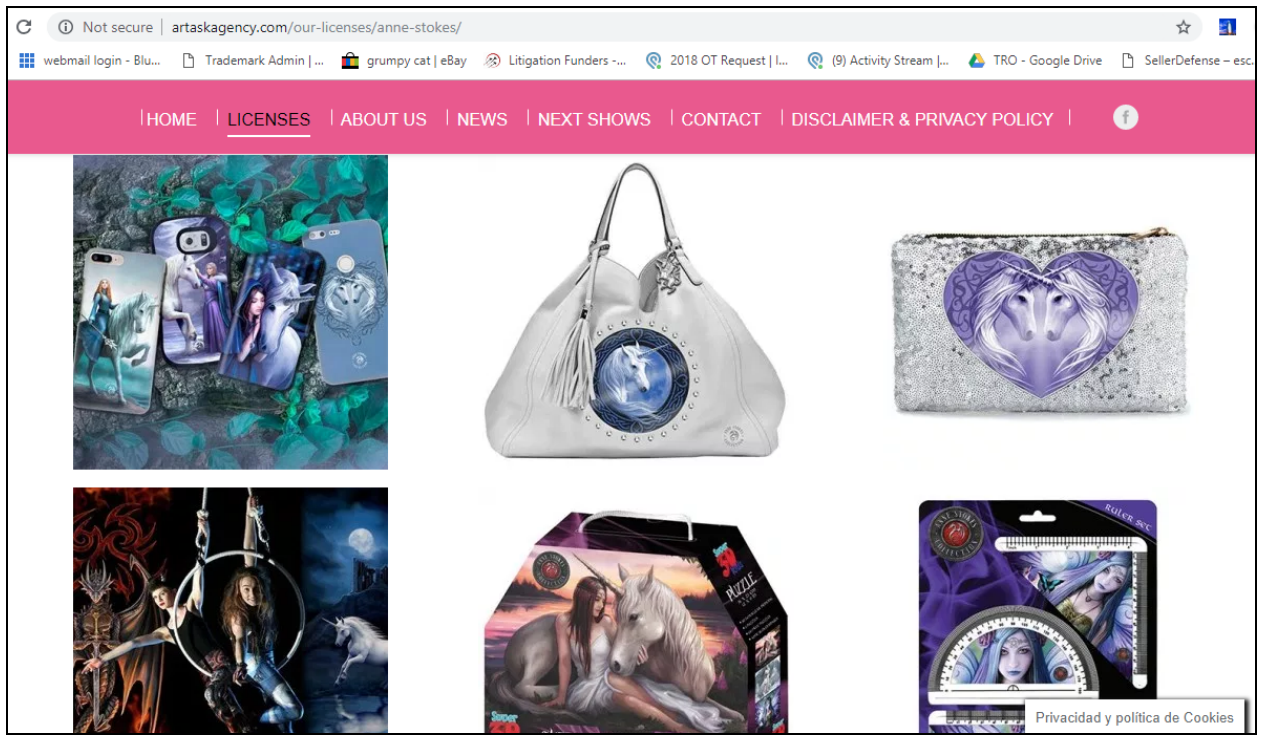 Photo from the March 9 lawsuit.

A federal judge in Chicago had no patience for a lawyer who sought a quick hearing on his client's bid for a temporary restraining order to halt the sale of knockoff unicorn art.

Licensing company Art Ask Agency had sought the TRO about a week before the U.S. District Court for the Northern District of Illinois issued a March 16 order putting all civil litigation on hold. U.S. District Judge Steven Seeger delayed the hearing until April 13, but the company was not deterred.

“The world is facing a real emergency. Plaintiff is not,” Seeger wrote in the March order.

Bloomberg Law, Law.com, the Chicago Tribune and TechDirt have stories.

• “A puzzle of an elf-like creature embracing the head of a unicorn on a beach.”

• “A hand purse with a large purple heart, filled with the interlocking heads of two amorous-looking unicorns.”

• “Phone cases featuring elves and unicorns, and a unicorn running beneath a castle lit by a full moon.”

Seeger said the plaintiff recognizes that the community is in the midst of a pandemic, yet it argues that it will suffer irreparable injury “if this court does not hold a hearing this week and immediately put a stop to the infringing unicorns and the knockoff elves.”

Meanwhile, Seeger wrote, the clerk’s office is operating with limited staff; phone conferencing is available only when resources permit; resources are stretched; and time is at a premium.

“If there’s ever a time when emergency motions should be limited to genuine emergencies, now’s the time,” Seeger wrote.

The emergency motion, Seeger said, “calls to mind the sage words of Elihu Root: ‘About half of the practice of a decent lawyer is telling would-be clients that they are damned fools and should stop.’ ”

The lawyer for the plaintiff is Michael Hierl of Hughes Socol Piers Resnick & Dym in Chicago. He did not immediately respond to an ABA Journal email seeking comment.